While ‘Suresh’ has changed countries, partners and attitudes, being HIV-different hasn’t changed his chances for love and companionship. 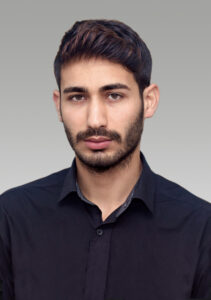 Suresh was born in Saudi Arabia in 1986. When he was eight, his parents moved him and his older brother back to India to finish their schooling.

“I told my immediate family I was gay in 2004,” he says, which happened shortly before he left for Australia on a student visa and moved in with his brother in Perth.

It was during a routine STI check-up in 2007 that Suresh found out he had HIV.

“But I didn’t start treatment until a year later,” he says.

As an overseas student, Suresh’s visa did not qualify him for PBS subsidised antiretrovirals. His private health insurance wouldn’t cover them either. Fortunately he had a nurse who became his fairy godmother.

“She used to provide me with the leftovers that other patients hadn’t used because they’d had an adverse reaction or something,” he says.

A year later, Suresh started importing generics from India because he didn’t think it was fair to rely on his nurse to have to source his supply.

Meanwhile, things at home with his brother weren’t going well.

“He was being homophobic and bullying,” he says. “I couldn’t focus on my studies.

My university work suffered and I almost got terminated.

“Plus my parents said that I was jeopardising their plans to migrate to Australia,” he sighs.

Then Suresh met Rod through an online dating site for positive people.

“After two weeks of talking, he moved from Sydney to be with me,” Suresh says.

“And we found a place together.

“Rod had been living with HIV for about twenty years and he helped toughen me up.”

With Rod’s help, Suresh completed his degree, stood up against his parents and brought legal action against his brother to stop his ongoing bullying.

In 2012 they packed up and moved to Sydney. With Rod’s sponsorship, Suresh applied for permanent residency which was initially rejected but finally approved the following year.

“Our relationship ended in 2014. But we’re still really good friends,” he says.

“And then I met Cameron.”

Cameron was going through a low point in his life. He had just separated from his wife of 30 years.

He also had seven children. He was very new to the gay scene. He didn’t know much about HIV and even less about its transmission.

“He basically had nowhere to go and I thought … stuff it … let’s get together. So, he’s been living with me ever since.”

Suresh told Cameron he was positive within 72 hours of them meeting. Although they did have sex first.

“But it was only oral,” says Suresh.

“I am undetectable,” he told him. “I’m not infectious. But I didn’t want us to have sexual intercourse without you knowing about it.

“He was a bit taken aback and he did have a bit of a cry. But he stayed. He didn’t write me off because of my status.”

In the weeks that followed, Cameron did some research of his own and then agreed to accompany Suresh to an appointment with his HIV specialist.

The first session with his doctor went well.

“He told us that so long as I stick to my meds and we are in a monogamous relationship we’ll be fine,” says Suresh.

Then Cameron went to get tested himself and saw a nurse who told him: “You’re dating a positive person. You need to wear condoms every time.”

Suresh was incensed. Mixed messages were the last thing they needed. So, they had another meeting with his doctor who became a bit cautious himself.

Suresh and Cameron argued. They then decided to do their own research. That’s when they read about the Treatment as Prevention studies that showed zero percent transmission between HIV different couples. And they started having sex without condoms.

“For someone who knew nothing about HIV,” says Suresh. “Cameron has taken it all very well.

“He may be 53 but because he’s just come out, he’s like a raving nineteen year old who wants to bonk every night,” he laughs.

“I feel like the old man who wants to sleep so he can go to work the next day.”

Suresh is worried Cameron might get frustrated. So he has suggested that if he’d like to have sex outside the relationship that he should go for it.

“But tell me if you do,” he told him. “So I can take that into account when I go for my tests.”

But Cameron says he’s fine. He knows where his heart is.

And if he does decide to play outside, he wants Suresh to come along.