A story of assumptions and being a heterosexual woman living with HIV. How talking about HIV, testing and trusting made more difference to a relationship than anyone’s HIV status. 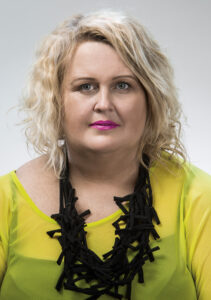 Dianne met Marcus two years before she was diagnosed.

“Our relationship blossomed out of friendship,” she says. “And bonded over the grief we were both feeling at the time.” Marcus had just lost his mother, and Dianne, her brother.

“He wined and dined and won me over,” she smiles. But before they moved in together, Dianne needed the approval of her four children. Which they gave.

“Things were going along swimmingly until my health started to decline,” she says.

And as Dianne became increasingly unwell, Marcus became suspicious. He had grown up in New York and was there during the height of the AIDS epidemic. He thought he recognised her symptoms but didn’t know how to broach the subject.

“He would get frustrated when I came back from the GP diagnosed with a chest infection,” she says. They argued about getting second opinions. He wanted her to go to hospital emergency secretly hoping she might get an HIV test.

“I can’t imagine what that trauma feels like,” she says. “Watching someone you love get sick. And feeling helpless.”

Finally, she was rushed to hospital after having a seizure at work. A brain scan revealed tumours.

After surgery and while she was in recovery, the doctors finally pieced her medical history together.

Oral candida … shingles … that chest infection which was probably PCP … and now Toxoplasmosis. These were AIDS-defining conditions.

When she was finally given her HIV diagnosis, both Dianne and Marcus were relieved. Shocked but relieved.“It was actually an exciting thing to hear,” she remembers. “Because at that point I thought I had brain cancer.”

“Now we know, we can focus on getting you well,” Marcus told her.

He wasn’t worried about himself. “We can deal with that later,” he said.

Which he did. And tested negative.

When she came home from hospital, Dianne had it in her mind that they could never have sex again.

“I didn’t even want to cuddle,” she says. “I was so frightened.”

It was months later that Marcus finally said: “let’s go to the drug store and get some condoms.”

“It took me some time to become undetectable,” she says. “But we continued to use condoms because the understanding wasn’t around back then.”

Then in 2012, when the new information did come around, it was Marcus who finally moved things on and proposed they had condomless sex.

“He took his time and did his research,” says Dianne.

“I was terrified and didn’t want any part of it. But he assured me he felt comfortable.

“It was the hospital who was constantly badgering me … You’re still wearing condoms, aren’t you?

And I had this guilty feeling like I was doing something naughty.

“It got to the point where I wouldn’t tell them. It was private and personal and something that we as a couple had decided.

“It’s only been in the last year that I’ve stopped hearing that from clinic nurses and doctors,” she says.

She always shares her test results with him. And when she recently had a viral blip, found herself avoiding intimacy.

Dianne is acutely aware of the pressures of responsibility felt by the positive partner.

“We also have the threat of criminality looming over us,” she says.

“It’s great when it’s all lovey-dovey. But when relationships break down, things can turn ugly.”

People make assumptions about them as a couple. On being told that Dianne has HIV, one health worker immediately asked Marcus: Didn’t you know you had it?

But Marcus is still negative and it is Dianne who insists on him testing regularly. He’s less worried about it than she is.

Even one as informed as Marcus doesn’t find it easy asking a GP for an HIV test. They ask invasive questions. Isn’t he afraid of having sex with someone with HIV?

But he doesn’t get angry. He just slips into educator mode.

These days he feels most comfortable going to Dianne’s clinic for his tests. They know him there.

But he is not keen on entering the rest of her HIV world. “I see some people who are really struggling,” he tells her one day. “And it frightens me. I can’t be in that environment because I have to be strong for you and me.”

Which reminds her that this has been a trauma for him as much as it has been for her.

He is very protective. When Dianne gets sick he worries.“You’re doing too much. You need to relax,” he tells her.

Not everyone understands their bond. When Dianne was in hospital, a visiting friend assures her that when Marcus leaves she will help look after things; assuming that because of their HIV difference, their relationship could not last.

But it has.“Even though we have been together for just seven years,” she says, “I know this is my life partner.”

“When somebody nurses you through AIDS and then stands by you while you tell the world your story … you know the relationship has gone to another level.”