After connecting online, Fox and Thomas build a strong future together where paperwork, visa bureaucracy and finding time to play takes up more space than HIV in their serodiscordant relationship.

Fox and Thomas first met on Australia Day in 2010.

“I logged onto Recon and there was a message from this person from Brighton in the UK,” says Fox. “And we got chatting.”

They discussed all sorts of things and found they had very similar interests, sexual ones included.

Thomas was upfront early on about being HIV positive and Fox, who has been in HIV different relationships in the past, had no issue with the fact.

“My philosophy was always to disclose,” says Thomas. “Particularly if there was any chance the relationship might develop.”

Which it did. Their online chats continued. They spoke online. They Skyped.

“We talked about how we might manage our differences,” says Thomas. “Which is hard because you can’t feel a person online … you can’t touch them … but still we managed to develop a good relationship.”

Four and half months after their first chat, Thomas proposed he come to Australia for a holiday. Fox thought this was a lovely idea.

And their meet-up went so well, that Thomas extended his holiday in Australia to three months.

“That’s when our relationship really took off,” says Fox. “And here we are … still together, six years later.” 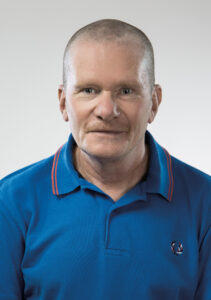 Thomas was diagnosed in 1990. He was 29 at the time and in a relationship.

“It was pretty devastating,” he says. “In those days, doctors were literally giving people two years to live.”

His partner had been unwell months prior to his seroconversion, but had not tested himself.

“So, it was up to me to disclose to him and also suggest he test, too,” says Thomas. “Which he did.”

Unfortunately, his partner died in 1994. “Which was another devastating blow,” he says.

Thomas then embarked on a long term HIV different relationship.

“We always practised safe sex,” he says. “We agreed that was the most important thing for us to do as a couple at that time.

“It wasn’t always easy. I was going through different antiretroviral regimes, many of which I was unable to tolerate and consequently I had a lot of health issues.

“My family weren’t accepting of it initially. And they still find it difficult … but hand on heart … Fox has never expressed any form of negativity or rejection,” says Thomas. “He has dealt with our difference in a very positive light.”

Fox has known many positive people over the years and mentions having two previous HIV different relationships. He has also had a lot to do with HIV community organisations like Queensland Positive People and ACON.

“I suppose I just accept people for who they are,” he says.

Until this year, Fox, who has dual citizenship, has been living with Thomas in the UK.

They now want to settle together in Australia. So, Thomas is applying for permanent residency.

He has been in the country for two months and has four weeks before this tourist visa expires. Much of the stay has been spent preparing his visa application, an exercise made even harder by the requirements of the HIV health waiver.

“There are so many forms to fill in and folders of evidential support to acquire and visits to the JP.

“I’m really proud of how much he’s done in such a short time,” says Fox.

Fox’s family is behind them all the way. And they’ve found support through Positive Life, ACON, Bobby Goldsmith, Tree of Hope and the Metropolitan Community Church.

“And I’ve got nothing but praise for St Vincent’s Hospital,” says Thomas.

The HIV specialist he saw there picked up on some health issues that had not been addressed in the UK and prescribed him a new regime.

Thomas attributes many of his issues to the aging process. As well as his antiretrovirals, he takes prophylaxis to prevent herpes, aspirin for his heart and a statin to lower cholesterol. All up, nine pills a day. Fortunately, he has a temporary Medicare card to access all these medications.

They have discussed PrEP for Fox but cost is a significant consideration.[* this article was written before PrEP was accessible]

“With only one person working at the moment we just can’t afford it,” says Fox. “If it was cheaper … maybe.”

“My viral load has been undetectable for donkey’s years,” says Thomas. “So the possibility of my infecting anyone is completely minimal.”

“We only play together,” says Fox. “And to be honest … finding time to have any play at the moment is a bit of a challenge. When I come off a twelve-hour shift I just want to sleep.”

“Plus, our bed is currently covered in paperwork for my visa application,” laughs Thomas.

Fox and Thomas have a focus: to legally live together in Australia as an HIV different couple. The bureaucracy they have to go through to do this is immense and has threatened to drive them insane at times.

“Everything else is on hold,” says Thomas. “But once this is over maybe we can start to live a little bit.”

He wants to find work so he can contribute financially to the relationship.

“Who would have thought back in 1990,” says Thomas, “that I would be here now talking about ten … twenty … thirty years into the future?”