After sero-converting Carlo finds a HIV-different kind of love with Jared who has his back and his heart. 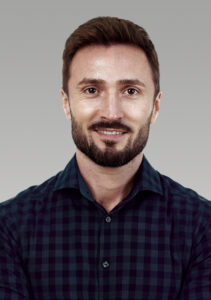 “I only do that for money,” he replied. Carlo is, after all, a professional dancer.

This was all before a mutual friend introduced them and told them to go home and fuck.

“Which we did.” says Jared. But it was clearly more than a fuck because a few days later, Carlo wanted to catch up.

“He was so nervous to tell me,” says Jared.

But Jared wasn’t shocked at all. He already had a feeling.

He’d had HIV different partners before and had already recognised something in Carlo: an honesty he couldn’t hide. And he remembers thinking … yeah, he has HIV. Yeah, they all do.

“But I screamed like a drama queen,” laughs Jared, “and said if that’s the response you’re expecting then you’re talking to the wrong bitch. 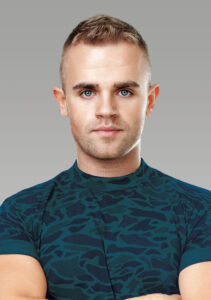 Jared grew up on the Gold Coast in the nineties.

His family was pretty open. He saw The Rocky Horror Picture Show when he was four and Priscilla Queen of The Desert when he was six

At 14, Jared agreed with a boy at school who called him a poofter.  Thanks to mobile technology, everyone else knew by the end of class.

When he came out to his grandmother, “she was like, duh” and subsequently escorted him to Sydney for his first Mardi Gras. Shortly afterwards, Jared found himself mentoring other young gay men at the Queensland AIDS Council.

“HIV has never been an issue for me,” he says.  His mother lived with hepatitis C, so blood borne viruses are something he’s always been aware of.

Jared had his first HIV different sexual encounter in his early twenties while he was studying in Lismore and later, a long term HIV different relationship in Sydney.

Carlo grew up in Mount Druitt in the eighties.

For a young dancer from Western Sydney, he copped his fair share of homophobia.

“I had to run a lot from people who wanted to bash me,” he says.

So, it was a relief to reach Year 11 and transfer to Newtown High School of the Performing Arts. “A melting pot for whatever you want to be,” he calls it.

“I always thought my parents never fully accepted me for being gay,” he says, “then I discovered they were more concerned that I wanted to be a woman.”

But he soon convinced them that it was just all about make-up and performance. Everything is good between them, now. They’ve met Jared. They know he’s Carlo’s first, real, serious relationship.

Carlo was 29 when he sero-converted. Fortunately at the time, he had both a close friend and a flatmate who were living healthy HIV positive lives.

“They hugged me and welcomed me into the sisterhood,” he says.

“But I did think, well, that’s it … I will never ever have a relationship, now.”  So, he started sero-sorting, finding it easier to sleep only with other positive guys.  Until Jared came along.

“I’m really lucky with Jared,” he says. “He doesn’t give a fuck about status.”

Carlo believes that younger guys are far better educated and less afraid of HIV, these days.

He admits that they have had a couple of scares. The first time, Carlo was a nervous wreck; confronted with the thought that he may have passed HIV on to the man he loves.

“Even though I knew in my gut it was so unlikely.”

Carlo has been on treatment since a couple of years after his diagnosis. Although he admits that taking the pills was a big reality check, he also remembers what a milestone it was to reach undetectable.

These days, he doesn’t freak out when Jared goes for a test.

Besides, Jared knows the deal.

Theirs is a mutually consensual relationship. It is also an open one with one significant rule designed to protect them both: condoms always with other partners.

HIV has not changed how they approach life.