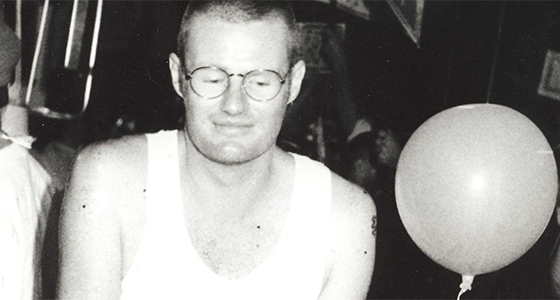 From where we stand now, the years from 1992, when the heady romanticism of ACT UP started to fizzle out and fracture, to late 1995, when early news of the success of combination therapy re-ignited enthusiasm for treatments activism and gave many a new sense of hope, may seem like lost years. While they were certainly bleak at times, with the loss of many of our best activists and advocates, they were also a period during which PLWH/A (NSW), and Talkabout with it, grew and strengthened, giving us a strong base from which to meet the challenges of current times.

1992 wasn’t one of PLWH/A’s best years. Against a background of growing disenchantment with currently available treatments, an increasing death rate and a decline in activism, the organisation went through two Coordinators, three Convenors and a number of disputes with ACON about management of the organisation. Troubled times indeed, and yet throughout all of this, Talkabout continued to come out regularly, providing people with HIV/AIDS with up to date information, news, the chance to share experiences and perspectives, and, most importantly, a voice of our own.

The end of 1992 saw the PLWHA movement in confusion and crisis. At the last national AIDS conference in November of that year, activism, advocacy and community development has collided in a series of sometimes ineffective, sometimes divisional divisive gestures. ACT UP’s stunning and moving action at the opening ceremony was followed by a series of attacks on individuals and organisations, culminating in a demand that all HIV negative people leave the auditorium at one point.

This lead in turn to hastily assembled statements of reconciliation and quite a bit of soul searching as to just where the movement was heading. (Just in case this sounds like finger pointing, I’ll point out that I was partly responsible for one of the less than strategic attacks on one individual…)

Talkabout covered all this with honesty and integrity, but it also recognised that the needs of people with HIV were broader than those we preoccupied ourselves with in organisations, and continued to address less dramatic but substantial issues, such as family, sexuality, emotional support, health maintenance and access to care.

The fact that Talkabout was able to flourish under such difficult circumstances was due to the commitment of Jill Sergeant and the Talkabout Working Group, and the vision of Robert Ariss, one of the organisation’s first Convenors and an ardent advocate of the power of people “speaking for themselves.” The fact that an increasing number of people wrote for and to the magazine suggests that their enthusiasm was shared by many, including many people well outside the HIV community movement. This has always been one of Talkabout’s enduring strengths – its ability to reach out well beyond the other circles of association available to people living with HIV, and to speak to and for a broad range of people. As such, it was a powerful resource for the organisation in its time of identity crisis.

PLWH/A (NSW), with a committee of only four and two staff, decided at the end of 1992 that it was time to strike out on its own and find a new role for itself, moving out of the ACON building and into its own offices above Oxford Street. We developed a new logo and began to build the profile of the rest of the organisation, on the basis that there wasn’t much point being advocates if people didn’t know you were there. We took on the running of the PLWHA Time Out rooms at the Mardi Gras party, and tried to sponsor anything that would stand still for long enough to let us slap our logo on it reasonably cheaply. It seemed to work. More people came into the office or called, and most importantly, more people joined the Committee. Some of the key contributors to this growth, who are no longer with us, were Robert van Mannen, John Gardiner and Wayne Holt.

We re-focussed the organisation through a strategic planning exercise and tried to reach out beyond Darlinghurst by working with groups of PLWHA in the Hunter, Coffs Harbour and the Far North Coast. Given the slow pace of development in treatments at the time, our advocacy work focussed mainly on legal reform, care and support services and ensuring access to other services, such as dental care and home nursing. We also worked with or lobbied (depending on the person involved…) ACON to address the education needs of PLWHA, and to increase the visibility of HIV positive people in prevention work.

In late 1994, we established and launched the Positive Speakers’ Bureau, giving people with HIV a chance to tell their stories and to become involved in the organisation at a more accessible level. It was and still is a powerful form of advocacy and education, both within the affected communities and the wider community.

Through all of this, Talkabout continued to grow in circulation and influence, reflecting the growth and change in the organisation as a whole while continuing to address the diversity of people with HIV. The second positive sex issue came out in 1993, with a series of provocative photographs by Jamie Dunbar, paving the way for ACON’s positive sexuality campaign early in 1994. Special issues addressing the experience of positive women, gay men, prisoners and Indigenous people were well received, and the positive art issue was an instant classic.

Despite a heavy toll of death and illness, including the loss of Robert Ariss in May 1994, PLWH/A and Talkabout continued to grow through 1993 and 1994. Demand for space in Talkabout lead to the proposal to produce a separate Contacts resource, which finally saw the light of day in late 1996. The first Positive Retreats were run in 1994, becoming a regular event soon after.

At the end of 1995, PLWH/A had its own offices, a full committee and a staff of four, a long way from two staff squeezed into a cubby-hole in the middle of the ACON second floor, and a strong base from which to take up the renewed challenge for treatments advocacy which came with the development of effective combination therapy.

If it hadn’t been for Talkabout, which made us both heard and accessible, I doubt we could have got there.