How gender impacts the lives of women living with HIV 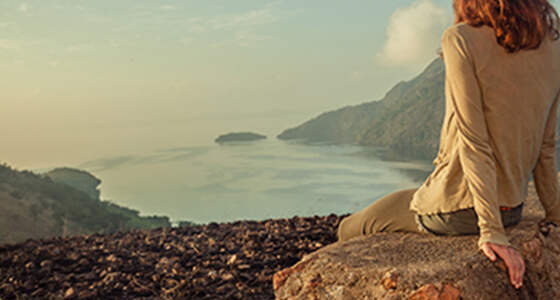 As a heterosexual woman living with HIV for the past 21 years, I am acutely aware that the lived experience of women with HIV today is still mired in ignorance and invisibility. Many people in the general community and some health care providers still think that HIV is not an issue for heterosexual people, particularly for women. I know of more than one heterosexual woman who on asking their GP for an HIV test was told “oh you don’t need that” or asked “why?” Sadly several of these women have subsequently been diagnosed HIV positive.

Thankfully, Australian society has effectively maintained the HIV response for our priority populations – gay men, other men who have sex with men, sex workers and people who inject drugs. However, based on new diagnoses of HIV, Australia has all the alarming signs of a gradual “epidemiological shift”. Over the past decade in Australia, HIV transmission related to heterosexual contact has increased by 29 per cent, and in 2014, 19 per cent of new HIV diagnoses in Australia were transmitted through heterosexual sex.

There are gender differences in HIV in Australia. Unlike gay men and men who have sex with men, very few women in Australia are diagnosed with newly acquired HIV. Today, when a woman is diagnosed with HIV, she tends to find out after years of living with HIV. By then her immune system has been significantly damaged. She has probably been admitted to hospital as a “late presenter” with a serious often life-threatening advanced HIV disease which is defined as an AIDS-defining illness. In this state of health, this woman has missed out on the benefits of early diagnosis, and any immediate advantage anti-retroviral treatment could have given her long term health. She will also experience greater complications around her reproductive health which then also impacts the health of her family and her own psychological health.

About 10 per cent of people living with HIV in Australia are women, yet they continue to be invisible in the HIV prevention message. If we are serious about working towards eliminating HIV, then we need to talk about the different ways HIV affects and impacts the lives of women.

There is a dearth of images in public health campaigns designed to educate the community about HIV. Imagery that includes a young woman, a transgender woman or even a heterosexual couple is conspicuously lacking. We must open the conversation about HIV to reduce the silence and secrecy around women living with HIV.

Compared to gay men and men who have sex with men, women are less likely to test for HIV. Women will gain only limited benefit from advances in treatments while they continue to present late and with advanced HIV disease. While well-meaning clinicians challenge women who pro-actively ask for HIV testing and tell them they don’t need to be tested, they and the wider community continue to promote the misguided assumption that HIV is not an issue for women.

Lastly, there are gaps in the research data into HIV and gender differences that are specific to the female body. This lack of information feeds into misunderstanding about the efficacy of anti-retroviral treatments in relation to women, their hormonal differences and the impact these differences have on the side-effects of HIV treatments for women. HIV also plays into the experience of women intersectionally through poverty, in rural and regional locations, access to treatment and medical care, and mental health factors – all aspects either unacknowledged, disregarded or overlooked.

Thanks to the recent hard work of Femfatales, the National Network of Women Living with HIV, there is some ongoing support and advocacy into the issues faced by women with HIV and the ways the virus impacts on their health and quality of life. The recent publication Living Well – Women With HIV developed by the Australian Federation of AIDS Organisations (AFAO) and the National Association of People Living with HIV (NAPWHA) in consultation with HIV-positive women provides information and helpful guidelines about key aspects for women living with HIV. The specific issues and concerns of women with HIV are detailed in both a hard copy publication and an online website www.womenlivingwell.org.au

The recent initiation of a National Day of Women Living with HIV Australia also played a part to raise awareness amongst women about their risk for HIV and their need to test for HIV. Normalising the reality of HIV as a virus that impacts women in Australia is a task for us all – both men and women, in the elimination of HIV in Australia.