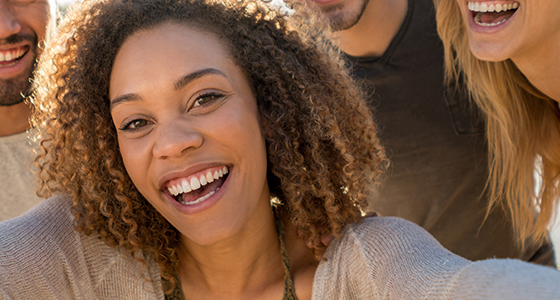 Treating someone differently based on their race, culture, language, ethnicity or national origin is never okay, yet is a daily reality for many of us living with HIV in Australia. When we asked people living with HIV from culturally and linguistically diverse (CALD) backgrounds in NSW, about their experiences, HIV stigma was deeply linked with their experiences of racism. It was impossible to separate them. Experiences of HIV stigma and racism result in discrimination, which meant that many people living with HIV from CALD backgrounds in NSW felt they don’t belong in the community and can even keep them from accessing healthcare.

Dai, an Asian gay man living with HIV described this in terms of feeling like a ‘second class citizen’, which affected his self-esteem when dealing with his doctors. He shared a personal example of the difficulty he had with a doctor who was impatient with understanding his accent and finding emergency health care. ‘Tanh’, an Asian gay man also spoke about a similar experience where a “GP outside my usual clinic avoided his routine examination of my operation wound” on account of his HIV status. Tanh went on to explain how he found he was also dealing with racism over the language barrier. He said, “I usually understand basic English and recognise the act of stigma and discrimination against me, but I became doubtful and could not react promptly by myself.” As a result of the intersection of HIV stigma along with language barriers, both men described a “decreased confidence” in medical practice in Australia. Tanh felt this double layering of discrimination “caused more stigma and discrimination against me.” Dai concluded that “while HIV doesn’t kill us today, stigma does.”

This discrimination is real and present within our society. It’s so real, that we have people living with HIV from CALD backgrounds saying discrimination affects how they feel about going to the doctor. ‘Chibale’ an African heterosexual man said, “it feels like having to go to the headmaster’s office to explain why I have been naughty.” People shared the effects of this combination of racism and HIV stigma. African born ‘Akeyo’ shared that HIV was an isolating factor in her experience. “It makes me not have an open conversation in my community. I feel excluded from participating in several different functional areas of society.”

Cultural connection is a core social support for many people from CALD communities, and particularly important for those living away from family, culture and country of birth. Without this support, HIV discrimination and racism can divide people living with HIV from CALD backgrounds and can further isolate us from both healthcare services and cultural communities. Chan, an Asian woman in her 50s explained, “In my culture and community, this status is one of the most serious stigma and discriminations.” She went on to share her fears of leaving Australia, “I often imagine how much more severe stigma and discrimination I will face when I return to my own country.”

Many said the same thing, “I do not disclose to anyone” or “I cover my status strictly.” Chibale said, “I avoid contact with other people as much as I can, to not have to face people and stigma.” It was common to hear this narrative interlaced with internalised stigma from those of us who are people living with HIV from CALD backgrounds. HIV disclosure and support in the face of racism is more than a two-edged sword. It’s harder to shield yourself from racism than it is to conceal your HIV status. And this is how many people living with HIV from CALD backgrounds are managing, without disclosing with little support and further isolation.

While overall notifications have been dropping in NSW, there has been an increase in the number of overseas-born men and women diagnosed with HIV. People living with HIV from CALD backgrounds not only deserve genuine support, but acknowledgement of the doubling effect of racism and HIV stigma. Dai described an experience of interlinked HIV stigma, discrimination along with language and cultural barriers which contributed to his acquisition of HIV. And we wonder why overseas born HIV notifications are on the rise and people living with HIV from CALD backgrounds have difficulties accessing health care!

Sections of this article are based on interviews undertaken by Multicultural HIV and Hepatitis Service (MHAHS) with people living with HIV from culturally and linguistically diverse backgrounds who access MHAHS services. If you are living with HIV and need culturally diverse community support, please contact MHAHS on (02) 9515 1234 or email info@mhahs.org.au