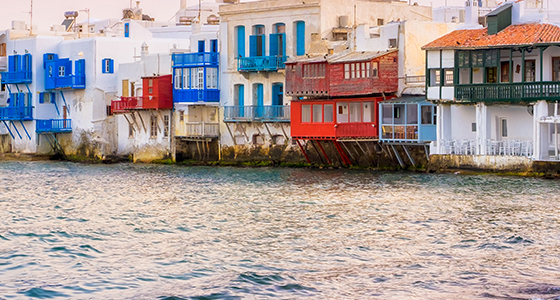 Now that I am a ‘senior’, I have other conditions as well as HIV, so when I travel I need lots of other ‘additives’ for these.

So my toiletries bag now positively bulges and rattles when I go overseas, with bottles of this and that and the other. Apart from my daily HIV meds, I have blood pressure pills, my Macu-vision tablets to slow macular degeneration in my eyes, my Vitamin B3 tablets for ‘healthy skin’ [does it slow my skin cancers? I doubt it], my Joint Formula Advanced [no, not that sort of joint, please], my ‘Men’s Performance’ [an enticing name for some very ordinary multivitamin tablets], Caltrate tablets to strengthen my bones, Hydralyte for mouth dryness, as well as Tiger Balm, sundry antibiotics, pain-killers, antiseptic lotions like Betadine, cold-and-flu tablets, aspirin and Band-aids, and the euphemistically-named and very necessary Gastro-stop tablets.

If I had known years ago what ‘seniority’ was going to be like, I should have bought shares in Blackmores or Nature’s Own ‘Alternative Medicine companies’ and pharmaceutical businesses.

Occasionally I am stopped at Customs in foreign lands and enquiries are made, so I always have a copy of my prescriptions with me.

Many years ago, when I was much younger, some travel destinations had an alluring reputation. Mykonos was once known as the holiday place for gay men. There were secluded nude beaches, plenty of handsome locals, street life and gay-friendly bars, but the highlight of any day was cocktail hour at the Castro Bar, watching the sun set across the sea, as Maria Callas poured her heart out in those tragic love arias from Tosca or La Boheme or Lucia di Lammermoor, while beefy suntanned gay men eyed each other off across the dance floor, looking for any possible ‘Mr Right for the Night’.

The Mediterranean was certainly the place to go then, part of ‘the European experience’. Another memorable trip was when my then partner and I went to Lesbos, for its convenient ferry trip over the short distance to Turkey, our next port of call. Our bus from the capital Mitilini dropped us at our little beachside hotel in a village about an hour along the coast. We were the only two gay men there [the only ‘gays in the village’], and we were studiously ignored by the numerous lesbians at any meal in any of the restaurants we ate at – and why not, we were interlopers on THEIR territory, their island, thank you very much.

During the day at the beach, we lay on our towels near an older English couple, very sedate ladies who wore cardigans and knitted, who didn’t glare at us, but who tut-tutted at the antics of about a half dozen topless bikini-bottomed Scandinavian beauties who were doing acrobatic feats along the beach, cartwheels and all. But while the older generation of the sisterhood might find the young ones’ antics ‘excessive’, the cavorting young women were much appreciated by the group of local men who were in the bushes back from the beach, enjoying such an unforeseen bonus. I hope they at least gave thanks to the great Sappho in their prayers that night.

Some years ago, before I carried this amount of life support on my travels, I had one amusing incident. We had taken the ferry from Patras in Greece to Bari on the east coast of Italy. At Customs in Bari, a sniffer dog stopped by me, indicating that I had something ‘undesirable’ in my toiletries bag. An officious Carabinieri officer made me open my bag, and went through the bottles of what I had in there. When he came to a small brown bottle, he asked what it was for. I told him it was for my heart, so he opened it and sniffed deeply. He staggered back and nearly toppled over – he had obviously never tried Amyl before.

Still groggy, perhaps embarrassed, he hurried us through and soon we were outside, and we made our way slowly through a sleepy seaside town to the railway station, and then on to Rome, ‘amyl intactus’.

But that was then; now I think Asia beckons….