How has PrEP impacted people living with HIV? 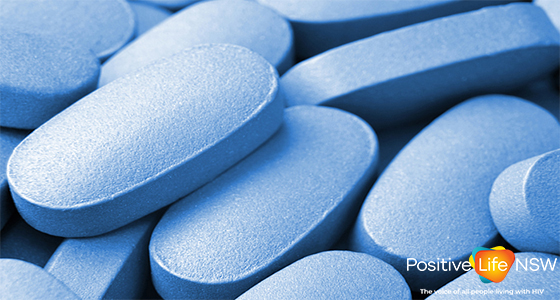 Over the past few weeks, I’ve been thinking about the new era of PrEP from a positive person’s perspective and talking with people living with HIV about what PrEP means for us. While PrEP is a new HIV prevention tool, for lots of people living with HIV, PrEP hasn’t made that much of a difference. Our relationships, pleasure seeking and how we ‘play’ are already negotiated and sorted. However, many of us are noticing how it is affecting their mates and partners. Three people living with HIV, Melissa*, Jeremy* and Tomas*, share their thoughts below.

Melissa is a heterosexual woman living with HIV and in a ‘lusty’ new relationship. She was quick to say she wouldn’t expect her partner to be on PrEP, “nor does he need to be.” She relies on the evidence of Treatment as Prevention (TaSP).  As a woman living with HIV on effective HIV medication with an undetectable viral load (UVL), Melissa feels this is enough for her to be comfortable that she won’t pass on HIV to her regular sexual partner. They’ve had an open discussion about the risk of HIV and both feel the evidence is enough for them not to add PrEP to their risk reduction strategies. Melissa and her partner have negotiated a monogamous relationship and recognise it’s still early days. If things change, they’ll discuss the use of condoms and the risks for STIs if they open up their relationship to other partners. Melissa said things would be different if they were planning to become pregnant, however, as she empathically says, “I was interested in babies but not anymore.”

Jeremy, a younger man living with HIV, felt PrEP hadn’t made any difference to his hooking up but has “probably added another level of protection against HIV.” What Jeremy has found puzzling is that one guy he knows on PrEP still chooses to have sex only with other negative people. “It’s a sero-sorting strategy that doesn’t make sense to me,” he said. While we agreed that most people contract HIV from someone who doesn’t know they have it, and it might add a level of protection for this HIV negative guy. Jeremy suggested it seems the guy doesn’t really trust PrEP and the people living with HIV is still being stigmatised.

Tomas was recently diagnosed with HIV although he isn’t sure how long he’s been positive. Tomas is hoping that he will meet a partner and thinks PrEP will be part of his back-to-dating plan. “I’m not undetectable yet so I still worry I’m going to pass on HIV,” he explained. Recently, Tomas found himself pursued by a hot piece of trade who told him he had trouble keeping a hard on when using condoms and wanted to have raw sex. Unfortunately because the guy was vague about time frames around his latest sexual health screen and results, and didn’t seem to understand PrEP, this meant that Tomas didn’t pursue the hook up because of his anxiety of transmitting HIV. “I’m all about looking after myself at the moment,” said Tomas. “I need to have that respected and this guy just wasn’t giving me the information I needed.”

There’s no doubt PrEP is changing the landscape of how we hookup, love or fuck as people living (and loving) with HIV. Some people have said for the first time PrEP takes the anxiety out of sex. With PrEP they’ve discovered a sexual freedom they’ve not experienced ever in their life.

Sex has multiple dimensions including intimacy, pleasure, spontaneity and adventure. Experiencing these dimensions becomes much less likely if we are fearful or anxious about either transmitting HIV or acquiring it. The removal of fear and feeling safe when having sex with a partner on PrEP gives a new sense of sexual liberation and freedom that many HIV positive and negative people have never known.

We know that TasP works and we know that PrEP works when taken as prescribed. As this understanding becomes more widely appreciated in Australia, it will change the way we community, relate to one another, have sex and form relationships. We hope that PrEP will start to break down and dismantle the HIV-poz/neg divide, which will be a quantum shift in our psyche and lived realities.

We’re moving to a new and exciting paradigm. One where we have the chance to form stronger and more satisfying sexual and emotional relationships without the fear and anxiety of HIV. In this new environment, we have the potential to embrace renewed conversations to explore our options openly and honestly with our sexual partners. And that’s a game changer for people living with HIV and HIV negative people.