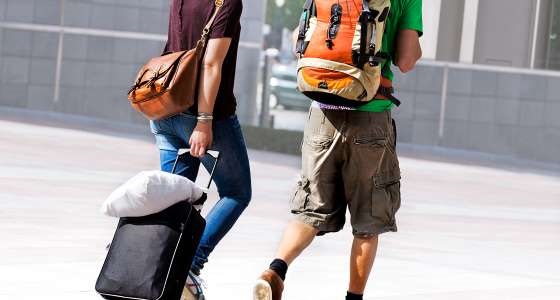 Globally for young people, HIV remains one of the most challenging health issues. Given most of today’s youth born in the 90s missed the HIV/AIDs pandemic that spread through the world in the early to mid-1980s, HIV is not high on their radar. Except for sensational reporting by the media and pop culture and brief mentions in sex-ed classes at school, the risk of HIV doesn’t seem to apply to most young people.

While the highest risk categories are men who have sex with men and people who inject drugs, people aged 15-24 years make up 41 percent of new HIV infections worldwide. In Australia, the dangers of travelling overseas and being naïve about HIV are especially high risk.

We recently heard of two young couples fresh out of grade 12 who travelled to Bali celebrating the end of school and the start of their adult lives. Both young men got tattoos while on holiday. Unfortunately the equipment was un-sterilised and they contracted HIV. It wasn’t long before they’d transmitted HIV to their girlfriends and four young lives were changed forever.

If young people are not informed of their risks of contracting HIV, when they’re in unfamiliar surroundings they easily run risks they never expected in Australia. Of the 354 people in NSW diagnosed in 2013, 21 percent were likely to have contracted HIV overseas. Usually when people contract HIV in their youth, they might not receive a diagnosis until years later when they start experiencing symptoms.

It’s estimated that around 60 percent of all youth living with HIV don’t know that they have HIV. Testing for HIV regularly is faster and easier than ever before, and it’s confidential. Identifying when someone has contracted HIV earlier means they can start treatment sooner and reduce their risk of passing on HIV. We need to adapt the messages of ‘Test More, Treat Early and Stay Safe’ for young people, so this has relevance to them and they know to make STI testing including HIV, a regular feature of their routine health screening.

We need to empower ourselves and our young people with comprehensive and correct knowledge about HIV through sex education (including same-sex safe sex-ed), affordable health care aimed at the younger demographic, and access to condoms. HIV is not caused by the behaviour of a few reckless individuals.

HIV affects us all and we need to start talking about it.

We need to support each other and start reducing the stigma that is still associated with HIV. Young people need to be informed and empowered, so they know their risk and can do everything possible to look after themselves and their friends.