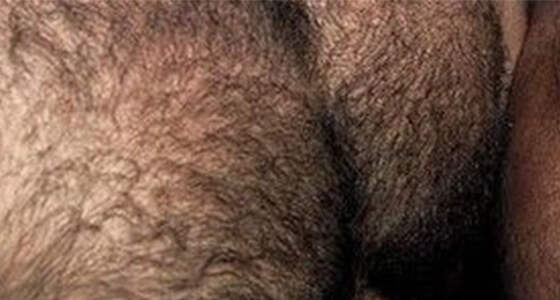 Several years ago a friend of mine died from complications arising from HIV and Hepatitis C (HCV) co-infection. He had never injected drugs and I remember how frustrated he felt by not being believed that his HCV was acquired sexually.

Until recently, injecting and sharing injecting equipment was commonly believed to be the way most people picked up HCV. Today, there is emerging and compelling evidence that HCV is also transmitted sexually. HCV is a more robust and infectious virus than HIV and it isn’t fully understood just how easy it is to acquire sexually. Nevertheless, I’m sure my friend would feel somewhat vindicated with today’s evidence.

The way HCV is usually acquired is blood-to-blood transfer (one person’s blood being transferred to another person’s blood stream) either through a sharp object like a needle or a break in the skin. The amount of HCV infected blood needed to cause infection only needs to be microscopic. This is why people who inject are advised not to share any injecting equipment at all – water, spoons, swabs, tourniquets and needles – hence the message ‘a sterile fit for every hit’. Included in this not-to-be shared list is straws for snorting, syringe barrels for ‘booty bumping’ (injecting a drug rectally) and pipes.

These same principles to avoid HCV through injecting practices can also be applied to a similar approach to reduce your risks of contracting HCV sexually. The main way is taking care around any activity which could cause small, micro tears in your skin, which allow the virus to enter your blood stream. Generally, the longer and rougher the sex is, the greater potential for skin tears and, if HCV is present, the greater the risk for an entry point for this virus.

There are a number of effective things to do to reduce your risk of acquiring HCV. Change your gloves and condoms regularly and definitely change these between partners. Ensure toys are not shared and are washed in warm soapy water. Even if a condom has been used on a toy, change the condom between each partner or each session.

HCV is present in semen and can survive outside the body for a long time, so it’s really important to wash your hands between changing condoms and gloves. It can be really easy to contaminate cleaned or sterile equipment with unwashed hands. HCV has also been detected on the outside of lube containers so it is important to keep these washed and clean. The other factors that increase risk which include ‘chem’ or ‘wired’ sex as these sessions tend to last a lot longer and therefore increase the risk of micro tears. Your pain experience can be altered or pain might be part of the pleasure, so there might be no warning of damage to the skin linings of the anus or cock or other areas from fisting, nipple play or cock and ball torture or if it is blood play.

When you’re hooking up for a session with a random fuck or fuck buddy, it’s important to check that they have cleaned their gear since their last session. There are reports coming out of London where HCV has been contracted from casual hook ups where the host did not clean their toys from a previous session from several days before. HCV can last longer in moist, warm and dark environments. A long play session or out partying all night increases the likelihood of becoming dehydrated which makes your skin more susceptible to damage. It is possible that cracked and bleeding lips can increase risks for HCV transmission.

There is an increased risk if you have other STIs as well. According to Hepatitis NSW, of the number of all people living with HIV in Australia, it’s estimated that one in eight people are living with both HIV and HCV (co-infection). There is evidence that having HIV increases the risk of acquiring HCV and the reason for this is not exactly clear even with an undetectable viral load. It’s been estimated that of the gay men in NSW with HIV 13-20% are living with co-infection.

While there are effective treatments available for HCV and the virus can be cleared, it does not prevent HCV reinfection. It is important to note this study also found evidence that for someone with HIV who has successfully cleared HCV, there is a greater risk of developing liver complications and hepatocellular carcinoma (cancer of the liver).

So here’s a check list of important things to include when you’re planning your next hot fuck session: