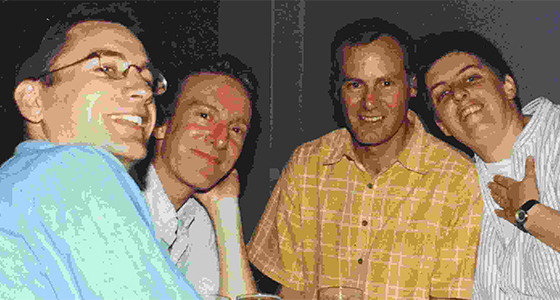 In 1996, I gave a paper at the XI International AIDS Conference, held in Vancouver. It was about the effective use of narrative to engage audiences with stories of positive people, but it could have been about anything, really. In the context of that conference, at least for those of us in developed countries with access to healthcare, there was only one finding that really counted.

After the crushing disappointment of the Concorde trial, and the peak in deaths through the early 1990s, early evidence of the sustained effectiveness of combination therapy was news everyone wanted to hear. I got to the key session early and obtained a premium seat on the floor in the corridor just outside the doors of the already packed room.

It wasn’t, in truth, new news – I was taking a triple combination at the time, as I recall. But it was a very public confirmation that we’d turned a corner, and it was worth sticking to the adherence schedule and putting up with side effects for what looked like a long-term gain.

I was President of NAPWA at that time, and we’d already started engaging positive people around their health promotions needs, through the Positive Information and Education (PIE) project. People around the country shared their concerns and issues. While news of emerging combination therapies and their effectiveness was already in circulation, people appeared preoccupied with a range of other issues – disclosure, prevention, health maintenance and so on.

Nonetheless, treatments education was on the agenda. Travelling the country in 1997 to promote the NAPWA/AFAO ‘HIV Tests and Treatments – New and Improved!’ resource I was taken aback by some reactions. Looking back over this period, the response to what we now know was game-changing good news, seems like a chaotic mix of disbelief, optimism, cynicism, elation and even fear. At a stall on Oxford Street, I was told by a few people that the promise of new treatments was empty. “I took AZT and it didn’t work, it’s all rubbish,” said one. A group called Iris (the Virus) was established. The group’s main message seemed to be that treatments were poison and learning to love and live with one’s virus was the way to go. This wasn’t only an Australian phenomenon – ACT UP Golden Gate and a group in the UK were also ardent spruikers of a ‘gay men’s genocide/poisoning’ narrative in relation to treatments. Peter Blazey, a prominent journalist, also railed against the evils of Western medicine in the pages for the community press.

I guess many people remained cynical and wary after the ‘failure’ of single-agent therapies, which was conclusively demonstrated at the 1993 Berlin conference. Maybe the gap between peak deaths (in Sydney around 1994 and 1995) and the good news was too short for many people to recover from the anger, grief and loss of the early ‘90s. There was a lot of passion, a lot of tensions around positive ‘ownerships’ of AIDS Council programs, and everyone was emotionally invested in the meaning of treatments, one way or the other.

At the other end of the scale, some treatments optimists had little time for the social dimensions of new treatments. Ross Duffin and I gave a session at an AFAO meeting where we suggested service providers needed to plan for helping get people back in the workforce, recover from disabilities and wounds of years of illness, and find a way back into life in the absence of their previous social networks. Some days later, a prominent community journalist accused us, in an article in the Sydney Star Observer, of being in love with death and the epidemic.

Given what everyone had just come through in the preceding years, we shouldn’t be surprised at this mix of reactions. The promise of combination therapy was delivered on, for Australians at least, and newer and better drugs spilled out of the pipeline. But that wasn’t necessarily visible from the vantage point of 1996. Just as now, it was a time of speculation. By 1999, however, there were enough stories – and clear evidence – of lives clutched back from gloomy prognoses and being lived with joy and vigour that most people accepted the promise was being fulfilled.

Through Our Eyes: Thirty years of people living with HIV responding to the HIV and AIDS epidemics in Australia, John Rule (Editor), p 76-77, published by the National Association of People with HIV Australia (NAPWHA) 2014.