Handling HIV and injecting drug use 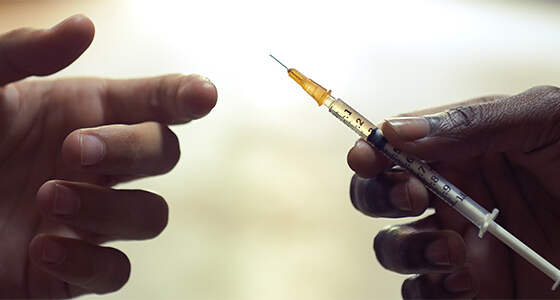 Cyrano started injecting drugs in 1980 and describes himself as a polyuser as he does not have a drug of choice and confirms that he uses ‘hard’ drugs ‘softly’. His drug access is through his trustworthy contacts which address the quality control issue. When injecting Cyrano prefers to do it with an existing social network and not alone.

Being in control is very important to Cyrano and he prefers to mix and inject the shot himself but is also happy to inject others if needed. Cyrano is also always ready to call the ambulance or administer CPR in an emergency.

Handling your HIV+ and injecting can have its problems but Cyrano handles it as it needs be. When dealing with or responding to discrimination associated with being a HIV+ injector, Cyrano can’t help but feel angry and frustrated.

As an HIV+ man who injects, Cyrano would like others to learn from his story that this could be you, your next door neighbour or shop keeper – it is not about being homeless and so on, but about being people who have a conscience and vote!