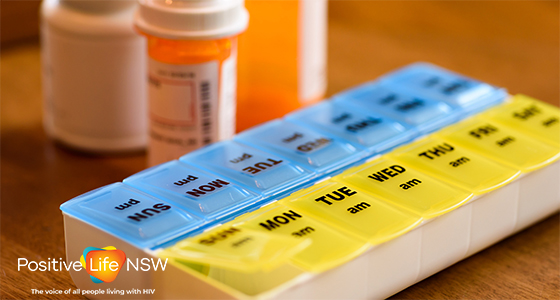 HIV medication also called antiretroviral therapy (ART) medication, is very effective when people living with HIV take it as prescribed. This means we can’t pass HIV on and can live long and healthy lives.

When people living with HIV take our medication as prescribed, the amount of HIV in our body is reduced to an ‘undetectable’ level which means we are less likely to become sick from HIV. This is also called ‘viral suppression’.

When a person living with HIV takes their HIV medication as prescribed and suppressed the HIV virus to an undetectable level (under 200 copies/mL) for six months, they cannot pass HIV to their sexual partners.

Our Factsheet: HIV & Treatment as Prevention (TasP) outlines the science and benefits behind achieving and maintaining an undetectable level of HIV and what this means for our health and our sexual partners. TasP is the same as the undetectable = untransmittable (U=U) message, which celebrates the strategic role and contribution that people living with HIV have in ending HIV transmission.