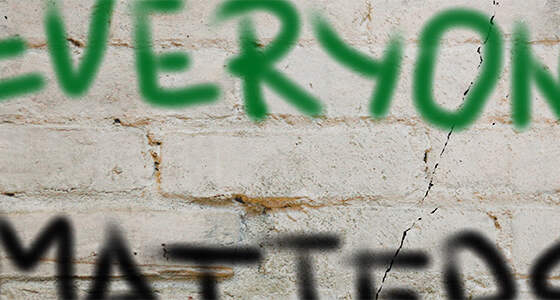 The recent release of the new World Health Organisation (WHO) guidelines for the treatment and prevention of HIV heralded a landmark change in the international response to HIV. These guidelines remove all of the previous limitations on eligibility for antiretroviral therapy (ART) making all populations and age groups living with HIV eligible for treatment.  As we look forward in this new era of HIV testing, it is important to recognise and acknowledge all of those who came before and are no longer with us. So many of the achievements and milestones we have reached today as people living with HIV can be directly attributed to their sheer courage and determination in the face of adversity. I was reminded of the importance of history at the last Candlelight Memorial Vigil, and how our shared history informs so much of our common future.

Yet as a heterosexual woman living with HIV for the past 21 years what frustrates me is that heterosexuals are still not named as a ‘priority’ population in the Australian National HIV strategy. This is despite the staggering increase in sexually transmitted infections (STIs) among young people aged 16–29 years in particular. There is a perception in the wider community and even some in our health sector that HIV is simply not an issue in the heterosexual community. This leads to all sorts of assumptions about positive heterosexual men and women. In turn, this feeds into a climate of stigma and discrimination that sadly still pervades much of our national discourse. These assumptions also have major implications for public health policy and service delivery in Australia.

Historically in Australia, HIV transmission has occurred primarily through sexual contact between men who have sex with men (MSM). However in the past decade “excluding cases from a high prevalence country… exposure to HIV was attributed to heterosexual contact increased by 29%.”1

In 2014, 19% of newly diagnosed HIV cases in Australia were attributed to heterosexual sex.

These figures suggest there is little evidence of protected sex being practiced in the wider community. Results from a 2009 Australian Department of Health and Ageing survey found that only 52% of survey respondents aged 15–29 said they had used a condom the last time they had sex, with over 60% admitting they had never been screened for STIs. Astonishingly, when asked to assess their own likelihood of catching an STI, the majority of these young people perceived themselves as ‘unlikely’ to do so. The Second Australian Study of Health and Relationships survey of 2013 found less than half of heterosexual men (48%) and women (47%) reported always using condoms with casual partners at last sexual intercourse.6

Whilst there is a relatively established culture of HIV testing within the gay community,7 this is not the case in the heterosexual community. The reluctance to test would appear to be borne out by anecdotal data which indicates heterosexuals are not perceived to be in an ‘at risk’ group.Young heterosexuals particularly do not view themselves at risk in terms of their behaviour, and HIV still commonly tends to be viewed as a ‘gay male disease.’

A basic internet search of ‘HIV and heterosexuals’ produces results ranging from the misinformed to the downright homophobic. Unfortunately this lack of knowledge and information also filters through to some in the medical profession. I know of more than one young heterosexual woman who on asking their GP for an HIV test was told “oh you don’t need that” or “why?” Sadly several of those women have subsequently been diagnosed HIV positive. Many do not realise that screening for STIs doesn’t include a HIV test, unless it is specifically requested. This is assuming that they have even tested for an STI.

In a recent study examining young people’s perceptions of risk of STIs in regional, rural and remote Australia, the authors concluded that while “sexually transmitted infections were highly feared… recurring statement in our discussions with young people was that they do not ‘happen to people like me’.”8

Internationally, Australia has long been recognised for its response to the HIV epidemic particularly amongst those regarded in ‘at risk’ populations – MSM, sex workers and people who inject drugs. Because heterosexuals are not considered an ‘at risk’ population, the majority of heterosexuals diagnosed with HIV are late presenters often with an AIDS defining illness.

“among [HIV] cases attributed to heterosexual sex, high levels of late diagnosis was observed across all categories, reaching >55% among people born in South East Asia and those older than 40 years.”9

The success of treatment as prevention as exemplified in international multi-site randomised trials such as HPTN052 which demonstrated a 96% efficacy rate in the transmission of HIV amongst sero-discordant heterosexual couples has application only if one is aware of one’s HIV status in the first instance.

It is simple to see a correlation between the current increase in STIs and a possible increase in HIV in the future, despite no current research evidence to substantiate this. In a 2014 article on transmission and prevention of HIV amongst heterosexual populations in Australia, the authors have noted

“in Australia, unlike much of the rest of the world, HIV transmission through heterosexual contact remains a relatively rare occurrence. In consequence, HIV-prevention efforts have been firmly focused on male-to-male sex as the most frequent source of HIV transmission. There are emerging signs that this epidemiological landscape may be shifting, which raises questions about current and future HIV prevention strategies.”10

Although the report focuses on two key but diverse HIV-positive heterosexual populations; people from minority ethnic backgrounds in New South Wales and men in Western Australia who acquired HIV overseas , the authors state

“despite their differences, there are significant commonalities across groups at risk of HIV infection through heterosexual contact, which not only provide opportunities for HIV prevention, but also call for a rethink of the dominant HIV response in Australia.”11

If Australia is serious about the goal of ending HIV, and if we are to achieve the UNAIDS target that 90% of all people living with HIV will know their HIV status by 2020, we need to include all ‘at risk’ populations and broaden the definition to include heterosexuals.

I recently attended an Asia Pacific regional HIV conference which included a focus on MSM, transgender persons, sex workers, injecting drug users, youth and women, but no reference was made to heterosexual men. I wondered what the heterosexual man I was sitting next to felt about that omission? Doesn’t everyone’s sexual health, status and wellbeing matter?