Does U equal you? 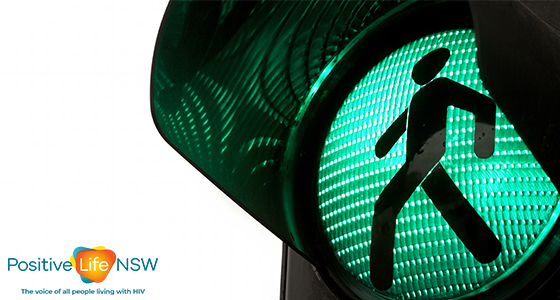 U=U is a HIV awareness campaign that refers to the reality that if you have an undetectable viral load (in Australia, this is less than 20 copies of the HIV virus per millilitre of blood)* you cannot transmit HIV through sexual contact. In other words, undetectable means untransmittable.

The science about ‘untransmissible’ began to emerge in 2008, when the Swiss National AIDS Commission issued what is called ‘The Swiss Statement’. Shortly thereafter, Positive Life NSW was the first community organisation in Australia that mentioned the science from the Swiss Statement, in our Sero-Disco magazine.

The 2016 PARTNER study and the Opposites Attract study in 2017 also found zero HIV transmission to their partners from virally suppressed people living with HIV on effective combination Anti-Retroviral Therapy (cART). Around the same time people living with HIV in NSW have been sharing this message as something to celebrate. The impact of people living with HIV knowing there is zero risk of transmitting HIV to our sexual partners has been profound. The abating of anxiety and liberation from feelings of guilt has added to our levels of confidence and motivation regarding ART.

Recently the Australasian Society for HIV, Viral Hepatitis and Sexual Health Medicine (ASHM), who educates the healthcare workforce in HIV, viral hepatitis, other BBVs and sexually transmissible infections (STIs), have taken the position to support GPs and other clinicians about the strength of the science behind undetectable and the impact of effective ART for all people living with HIV and our partners, lovers and fuckbuddies.

Today, while everyone can be confident in the science, questions remain for many people living with HIV with a more traumatic lived experience of HIV. If you have been living with HIV like myself for just a few years, chances are your experience in contrast to someone living 20 or 30 years with the virus is significantly different. I haven’t lived with an overwhelming fear of transmitting HIV to my fuck-buddies or lovers nor have I experienced handfuls of my friends or fucks dying from a mystery disease suddenly and unexpectedly.

Recently I had a discussion with ‘John’, a community member who understood the message of undetectable equals untransmittable (U=U). John was well informed on the science and understood how maintaining viral suppression meant there was not enough of the virus to transmit. He could articulate the nuances of the terms and language well. The part that he found challenging was where this messaging impacted decades of fear he had been living with and dismissed his experience of living with HIV. Intellectually, he just couldn’t switch this off.

The impacts of fear and stigma are very real on people who experience them and live with them daily. Fortunately, for most of us, these feelings subside with time and contact with other people living with HIV. Health promotion activities that engage and activate our capabilities and strengths and engagement with resilient communities also act to reduce stigma.

It is critical, as it was 30 years ago, that we leave no one behind when discussing all the positive aspects of science and modern treatments. Given the 30 to 40 years of health promotion, community development and engagement activities that has targeted sexually active, queer or gay men, many feel liberated and affirmed by the U=U message.

Unfortunately, however, for others living with HIV, U=U is received as a simplified alphanumeric equation, especially those who haven’t had appropriately targeted campaigns to develop their capabilities and health literacy. The message is lost on the young mother living with HIV who still hears conflicting information about breast feeding. This is only amplified with the daily struggle of the nexus (and gossip) of kids, schools, neighbours, and even family members. It is also lost on people with limited education and cognitive impairment

The use of the word ‘undetectable’ demands a communal understanding of the word. Otherwise it risks leaving those with less health and sexual education behind or confused. While undetectable equals untransmittable is a good news story for all people living with HIV and has the potential to ameliorate HIV fear, phobia and stigma, it is not an inclusive message that is meaningfully understood by all people living with HIV. It has the potential to create a further divide between people living well with HIV and those who are still struggling with multi-morbidities or achieving viral suppression.

Unfortunately, U=U won’t automatically reduce stigma and discrimination in the wider community. I have seen people living with HIV unexpectedly blindsided with stigma and discrimination when other people still react with fear about HIV regardless of being told they are undetectable. For other members of our community, this messaging has the unfortunate side effect that sets people up for anxiety when they have a viral blip or evidence of ART resistance. This hopeful message is meaningless and isolates those of us who experience a range of complications including illness or cancer treatment.

More than ever, undetectable and untransmissible is a conversation we need to unpack and question in all its complexity. Treatment as prevention (TasP) is just one of many positive aspects of effective treatment. In NSW, people living with HIV have achieved so much as we work together as a community. We have used science and logic to remove stigma from the public health act. We have advocated for universal access to medications and now we’re on track to being one of the first places in the world to achieve zero locally acquired infections. Zero risk of HIV transmission is good news for all people living with HIV and our partners and compliments our commitment to ending HIV in NSW.

We need to remain mindful and vigilant as people living with HIV now more than ever of the language we use when discussing treatments. We are an ageing population and increasingly our needs are becoming as diverse as the communities we live in. As we approach Ending HIV, and zero transmissions, let’s make sure our conversations are inclusive and respectful and no individuals nor groups are left behind.

*The PARTNER study in 2016 defined an undetectable viral load (UVL) as having a viral load with less than 200 copies/mL.