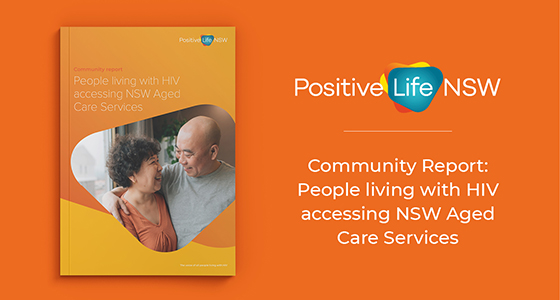 The preference for aged care services from other people living with HIV and LGBTIQ peers not only extended to service provision, but also to the seeking and receiving of information about assessment, service availability, and the application processes.

“We found an overwhelming majority of our NSW-based peers preferred a person-centred service approach operated by other people living with HIV (peers) to remain living at home for as long as possible,” said Mr Feeney.

The Community Report includes the nine evidence-based recommendations published in our national submission to the Royal Commission into Aged Care Quality and Safety (the Royal Commission), to assist the Commonwealth and the aged care service sector to ensure and enable aged care services to meaningfully engage with people living with HIV and meet the Australian Aged Care Quality Standards (ACQS) in relation to all people living with HIV.