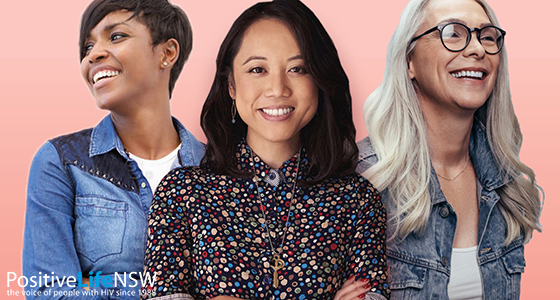 If you’re living with HIV, you might have seen a blue booklet last year in 2019 which asked loads of questions about your experiences of living with HIV. This was the HIV Futures survey which has been running for the past 23 years.

HIV Futures is a broad survey that asks people living with HIV (PLHIV) about their quality of life and experiences of HIV, including questions about their health, their finances, their relationships and social connectedness as well as their drug and alcohol use, sexual health and ageing issues.

The findings from the HIV Futures surveys inform the Australian National HIV Strategy. They also guide the provision of services for people living with HIV in the community and clinical sector.

It’ll be no surprise to you, that here in Australia, HIV is more common amongst men who make up roughly 87% of all people in Australia diagnosed with HIV.

HIV Futures 9 was the latest Futures survey that ran from December 2018 until May 2019. The good news is, that 847 Australian PLHIV completed the HIV Futures 9 study! Sadly, only 88 of these or a little over 10% were women living with HIV (WLHIV). In Australia, with roughly 3,300 women over the age of 15 living with HIV, this is approximately 10% of all people living with HIV in this country.

With only 10% of an already small 10% of people living with HIV answering the HIV Futures 9 study, the unique and different experiences of WLHIV often goes unnoticed and unprioritised.

It is more crucial than ever that the numbers of female respondents living with HIV to the Futures surveys increase. The survey provides a snapshot of the specific health differences for women compared to men who completed the survey. It showed that some WLHIV were doing well, but it also showed a lot of WLHIV weren’t doing well. Only 62% of WLHIV reported a good quality of life and sense of wellbeing. Gender inequality, silence, isolation and a different lens of stigma and discriminating stereotypes play a big part of these differences between men and woman living with HIV.

The responses from WLHIV who completed HIV Futures 9 presents us valuable information about WLHIV and highlights there are significant gender differences for people living with HIV.  Some WLHIV face unique challenges and are being left behind and less visible within the HIV response. HIV does not discriminate by gender or sexuality and anyone can be at risk of acquiring HIV in Australia, however WLHIV often continue to be hidden in plain sight due to harmful stereotypes about PLHIV which leads to shame or fear of stigma and prejudice.

So, what can we do with this information and what does this data mean for women living with HIV?

“Futures 9 provides us with evidence to advocate for women, increase our national profile and lobby for much needed services that are women specific and family friendly.”

“It is so important that greater numbers of women living with HIV respond to HIV Futures surveys.”

“These surveys are a really important tool to get our particular needs and issues identified. It also ensures that services for WLHIV are funded, and research into our health is inclusive and recognises our realities as WLHIV.”

If you are a woman living with HIV, and you see one of the HIV futures survey online or arrive in the mail, please make the time to fill it out to ensure your voice is included. Your experience of living with HIV as a woman, is more important than ever!

The results of Futures 9 showed a diverse range of experiences of WLHIV in Australia. Some of these shared experiences that were recorded in the survey WLHIV encountered included:

Financial Stress – The majority of WLHIV reported an income well below the Australian average and only 33.8% were employed full-time. Women were more likely than men to report experiencing financial stress, food insecurity and lower rates of home ownership.

Experiences of HIV – Women who completed the survey were less likely to have an undetectable viral load, and more likely to have been diagnosed after 2.4 years of already living with HIV, the average for men is one year or less showing women were less likely to be tested for HIV. Most WLHIV reported being satisfied with their HIV clinical care and happy with their HIV treatment. This could show that Australian WLHIV are more likely to experience challenges from social, economic and physiological outcomes of living with HIV rather than the health effects of HIV itself.

Culturally and Linguistically Diverse – One third of WLHIV who completed the survey were born overseas in Asian, European, Pacific and African countries. 20.1% listed a non-English language as their first language. This highlights the diversity of WLHIV in Australia and the need for HIV services to not only include WLHIV but also ensure they are culturally appropriate.

Peer support – The majority of WLHIV valued connections with other PLHIV and perceived peer support as a priority.