Women living with HIV I salute you! 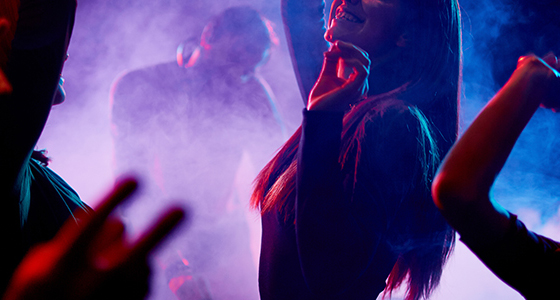 Women living with HIV in the Australian context often find themselves in a man’s world. Let me explain. When I was diagnosed with HIV in 1997, apart from the shock and fear and my whole life being turned upside down, I had to deal with the reality of HIV epidemiology (the study and research of health). The first time I turned up at Sydney’s largest HIV support agency I was surprised to learn that there weren’t many services for women. The programs and services were largely focused on men.

In Australia in the 90s, HIV affected a small proportion of the population, compared to most other countries. I began working in the HIV sector in 1999 and have played different roles in various organisations over the past 20 years. I was told the epidemic in Australia mostly affected gay men, and that women were essentially a minority in this context. This has continued to be the reality for women living with HIV in Australia, and it is something women living with HIV have to negotiate.

Many times in meetings when men quoted facts and figures, I felt a sense of injustice and repression, but I couldn’t argue with the numbers. Women living with HIV are relatively small in number, and continue to be so. As a result, the funding simply isn’t prioritised for us. This still feels profoundly unjust. Women living with HIV still experience high levels of isolation. We struggle with maintaining a unified community. Women as a group have low education about HIV and the risk specifically for us. We are geographically spread all over Australia with very few support services if we are diagnosed with HIV.

The numbers are low, but the impact is high, I pondered and fumed.

It was irksome to be in settings where men dominated the subject matter. Both in the discussion and in their numbers. It was difficult to articulate the issues and speaking up as young woman recently diagnosed was a challenge. I was also often the only woman at the table. My feminist hackles were raised! Was this just another manifestation of the patriarchy? I didn’t always bite my tongue, but if I spoke with fury and emotion, I was being an ‘irrational female’. It was hard. I couldn’t argue with the data.

I noticed a few brave women living with HIV speak up and create waves. They were angry, they made noise and disagreed with the guys. I watched some of them crash and burn. Tokenism seemed to play out. While women living with HIV were in demand, especially from the media, in meetings and discussions, the voices of women were often isolated and ignored. Some men expressed compassion and seemed to understand, but the willingness to advocate for inclusion felt like it had to come from Women living with HIV alone. Sometimes the politics played out and women argued with each other. Factions formed and splintered.

I resolved not to get involved, and to watch it from the sidelines. It was safer there and I didn’t want to burn out. I also didn’t want to be public and then find myself without real support out in the heterosexual community. I watched the guys embrace each other in solidarity, chat about their lives and head out to socialise, their arms around each other. I cried as I saw them with so much support, purpose and solidarity. One day at work I burst into tears and one of the men bought me a huge bunch of flowers. It was a lovely, heart-warming gesture.

I didn’t want to be angry with them – they bore stigma in different ways. But I felt so alone. Ultimately, I had to work through my issues of loneliness as well as my intense anger feeling dominated by men. My mother had brought me up with strong feminist values. Where was the equality? I came to understand it was in all our shared experiences of isolation. This spreads out beyond HIV. Letting go of feeling like a victim is important, as is acknowledging that we as women carry collective pain from our history. In that, we can feel solidarity with all women worldwide, whether we are conscious of it or not.

HIV is about human beings and we are all in this together. A shout-out to all my sisters living with HIV. You are strong. You matter. Your life makes a difference. I salute you for all you have been through and all that you live with.