Women and PrEP – some differences 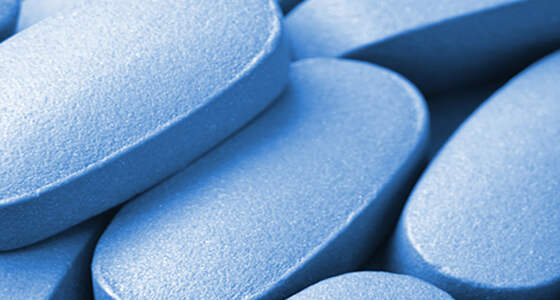 A number of major international studies show the use of Truvada as an oral PrEP (Pre-Exposure Prophylaxis) can help prevent the transmission of HIV. These findings have been hailed as a ‘game-changer’; as long as the PrEP is taken as prescribed, it’s a promising tool both men and women can use to prevent HIV infection. A recent study, however, is shedding light on the different ways in which men and women’s bodies respond to Truvada, and importantly, how one dose doesn’t fit all.

While the Partners Study showed the near elimination of HIV transmission among over 1000 serodiscordant heterosexual couples in Uganda and Kenya, two studies found that Tenofovir and Emtricitabine (the two antiretroviral drugs in Truvada) were ineffective in preventing HIV in women. The conclusion from these two studies (FemPrEP and the VOICE) was that low levels of adherence contributed to their ineffectiveness. The FemPrEP study was actually stopped early because of adherence issues.

Clearly there is a need for more research with and for women to better understand the reasons behind these low levels of adherence.

Advocates for women living with HIV have also long argued for women-specific research because of the differences in female and male physiology. Could physiological differences, for example, also help explain why Truvada is less effective in HIV-negative women taking PrEP to prevent HIV infection? The mixed results from these studies have led some researchers to explore other factors that may be at play – like physiological differences.

A recent study by pharmacy researchers at the University of North Carolina has uncovered major differences between how men and women’s bodies respond to PrEP. The North Carolina team tested how well the medication was absorbed by different parts of the human body, and discovered that twice as much of the drug is required to prevent infection in vaginal and cervical tissue compared to rectal tissue.

“Our data highlights the fact that one dose does not fit all,” said the senior author of the study, Dr Angela Kashuba. “In determining how best to use drugs to protect people from HIV, we need to understand where in their body they are at risk for being infected, along with the concentration of drug that is needed to protect that site from infection.”

They established in both laboratory and human trials that less Truvada reached tissue in the vagina and cervix than it did the rectum. They also found more DNA material present in tissues of the vagina and cervix than in the rectum, and it is the DNA in these tissues HIV relies on during the replication process. Using both the laboratory and human data, Dr Kashuba and her team created a mathematical model that calculated the minimal amount of Truvada men and women would need in order to maintain protection.

“The more DNA material there is available for HIV to work with, the more medicine is needed to block the process,” said lead author Professor Mackenzie Cottrell. “In essence, we calculated the most effective drug-to-DNA ratio for each tissue type.”

The team demonstrated that women need higher doses of Truvada than men to prevent HIV infection.

“We are excited to be able to apply our research methods to explain the conundrum of mixed clinical trial results of Truvada prevention, and how men and women should best use HIV prevention therapy,” Kashuba said. “Yet we would like to remind people who are taking pre-exposure prophylaxis that Truvada should be taken every day to reduce the risk of acquiring HIV infection.”

This trial provides valuable insights into how women should use PrEP to effectively protect themselves, and emphasises the importance of adherence. It also shines a much needed research light on the particular issues faced by and of concern to women, highlighting the need for more research and advocacy efforts to ensure women are part of the PrEP conversation.