When zero means zero: a new freedom when living with HIV 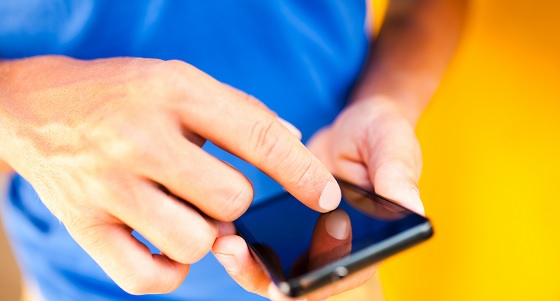 Recently, a guy messaged me with his concerns about a friend living with HIV having sex without condoms. A fairly common situation or scenario you’ve heard before or might be able to relate to in some way.

I pondered his message for some time. What was behind his angst? And, how should I respond? I ended up sending him a link to the most recent evidence published in the Partners Study which proved Treatment as Prevention (TasP) works. This study is the strongest evidence to date that a person living with HIV who is on HIV treatment and virally suppressed has no risk of passing on HIV.

While eleven of the HIV negative people in the study did acquire HIV, further testing showed these seroconversions came from outside the primary relationship and not from their regular HIV positive partner. I’m unsure if any of this will give relief to my correspondent, as his concern reflects a broader tension in the community between research and the lived experience. I also suspect there’s a level of moral projection within the community about UVL and what this means for people who have regular raw sex.

An artifact of statistics is we cannot state zero. Statistics and science is based on probability so despite the evidence of zero, researchers still say they need more evidence. These results challenge those of us who are living with HIV because none of us want to put our partners at risk of HIV. However, as reality and the evidence shows, people living with HIV on treatment with an UVL are not a HIV transmission risk. People living with HIV are doing everything we can to end the transmission of HIV. Condom use, testing and treating for HIV, combined with a number of new tools within the prevention space – pre-exposure prophylaxis (PrEP), post exposure prophylaxis (PEP) and TasP gives us a range of options to end HIV transmission.

When I consider the new freedoms offered by PrEP, we see similar concerns which are somewhat shaped by shame and stigma. Based on the same science and similar outcomes of the Partners Study, PrEP has been heralded with open arms, yet morality continues to feed similar sex positive hang-ups. Where this becomes different is the law and the criminalisation of people living with HIV. I was hearing my friend (a HIV negative guy) tell a story about sucking the cock of his new sexual interest. The guy told him he was positive with an UVL status, after sex. He said, “he should have told me before he let me suck his cock. It’s the law.” “True,” I responded. “But if you were so concerned about catching HIV from sucking cock why not ask him first?” This example highlights the importance of shared responsibility in this space for both partners; HIV positive and HIV negative.

Even with the new freedoms of TasP and PrEP, sexually transmitted infections (STIs) are still around. As a community we need to be aware the sexual transmission of hepatitis C (HCV) is happening like any other STI. And like any other STI, today’s HCV medication means the Hep C virus can be cleared or cured. It’s possible to still have sex the way you like, have fun and reduce your risks of getting or passing on HCV or other STIs. Of course, it’s still possible to pick up Hep C or an STI again after treatment, so getting tested regularly and talking with fuck buddies about your shared risk means we take care of each other.

While living with HIV is far less of a challenge than it used to be, knowing where you stand is more important than ever. The START study proves the sooner people start treatment the better their health in the long run. Everyone benefits, including our partners and fuck buddies. When a ‘functional cure’ is discovered, and that might not be far off, starting treatment early is a huge boost to anyone living with HIV. The ways we talk about sex and risk with our partners and fuck buddies weighs on all of us equally, regardless of HIV status.

Examples used in this article are composites or have been developed from recurring themes.