We need to talk about Hep C 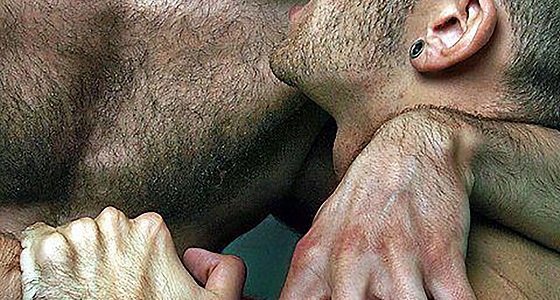 I have noticed an unease among gay men to talk about hepatitis C (HCV and Hep C) and the possibility of sexual transmission or that they’re potentially at risk of becoming infected. Health workers and educators want to avoid panic or fear and typically talk about risk in an empowering and self-determining way. There are assumptions and stereotypes that Hep C risk is confined to people who inject drugs. Overall, the idea that Hep C can be passed on through sexual interaction is hidden and only known by those who contract it or health workers.

If we’ve learnt anything from the HIV epidemic, awareness and education on how to protect yourself is paramount. The fact is, Hep C sexual transmission is real and happening today among gay men. There are a number of reasons why the sexual transmission of HCV is out of sight. At the moment, Hep C transmission has been mainly observed in people who inject drugs and in some ways this has made invisible people who have been saying “I caught my HCV from fucking”.

Hep C is yet another highly stigmatised virus, so it immediately becomes I’m not one of those people or I’m not at risk. This reminds me of the early days when HIV was known as ‘Gay Related Immune Disease’ (GRID). The message I heard then, was to catch this illness you had to be having sex in fuck clubs and saunas, possibly using amyl or copping multiple loads of cum up your arse. As a guy hunting in bars and discos who hated amyl, I wasn’t hearing ‘me’ in these messages. I couldn’t see it, so it had nothing to do with where I was having sex or who I was fucking. Or so I thought.

While behaviour definitely plays a part of risk, a virus doesn’t hang out in one place. HIV did have a devastating effect on a sub-group of people for a short time but it soon found its way into the nightclubs and me. We need to be aware of the risk for HCV sexual transmission. As gay men , we often don’t want to hear this. It can be scary, unrelatable and for some unbelievable. Putting our heads in the sand, looking the other way, thinking this is not about ‘me’ contributes to the fear.

The bottom line is know the risk, test regularly for STIs, HIV and HCV. There are excellent treatments for all of these now including very effective and much easier to tolerate treatments.  Our ‘Sex, Drugs and Hepatitis C’ factsheet can be download here.