Ways to reduce the costs of medicine 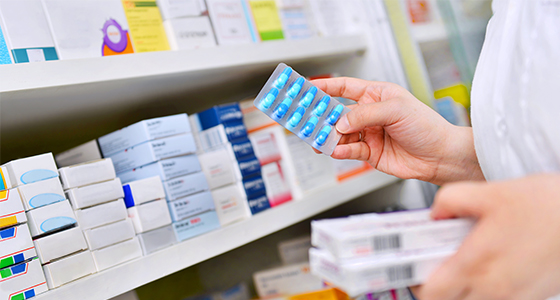 What is the PBS safety net and is it really the best way to cut the cost of medicines?

Earlier access to free or cheaper medicines is on the cards, after a federal budget announcement made earlier this week.

Improved access to subsided prescription drugs through the Pharmaceutical Benefits Scheme or PBS will benefit Australians who need multiple medicines throughout the year. This is particularly so for people with chronic conditions or who have multiple members in the family who need scripts.

From July 1, access to free or cheaper medicines will kick in sooner, under the so-called PBS safety net, as the threshold for access has been lowered.

However, this isn’t the only way to reduce the costs of medicines.

If you only fill a script now and again, concession card holders pay A$6.80 and general patients pay up to $42.50 for a PBS-subsidised medicine.

However, if you need multiple scripts throughout the year, once you reach a certain threshold, the PBS safety net can kick in. Then, medicines are free for concession card holders and cost $6.80 for general patients.

The PBS safety net is calculated by calendar year and is reset on January 1 each year.

You can reach the PBS safety net sooner each year if you combine your family’s PBS accounts. In other words, if you or your partner or children require multiple medicines, your family may have quicker access to free or cheaper medicines for the rest of the year.

The PBS safety net is not to be confused with the Medicare safety net. This relates to doctors’ fees charged for out-of-hospital services.

An average patient pays about $121 out-of-pocket costs per year on medicines, way below the PBS safety net thresholds.

So the PBS safety net only affects those who continuously use many prescription drugs. Under changes announced in the budget, concession card holders who fill more than 36 prescriptions a year (three per month) or general patients who fill about 34 scripts a year will benefit from the reduced thresholds.

A large proportion of these are older than 65, with chronic conditions, who require medicines continually.

For elderly patients, some medications are essential to control their symptoms and prevent them from being admitted to hospital. These medications include those to treat heart or mental health conditions.

So the money spent on improving access to these essential medicines could be offset by lower hospital costs.

Other ways to cut costs

Australia uses a range of mechanisms to manage the costs of prescription drugs, in addition to the PBS safety net. In general, these relate to how the government assesses drugs and sets prices.

After a new drug enters the market, the Pharmaceutical Benefits Advisory Committee reviews its clinical effectiveness, safety and cost-effectiveness (or “value for money”) compared with other treatments before recommending it for listing on the PBS.

For clinically-equivalent drugs with different brands, the PBS only subsidises up to the price of the lowest priced brand. If a patient needs the more expensive medicine, they pay a brand premium.

However, this brand premium cannot count towards the PBS safety net threshold.

How about cheaper generic drugs?

Assessing drugs for “value for money” and only subsidising clinically equivalent drugs to the price of the lowest priced brand are among measures allowing Australians access to cheaper brand-name drugs than countries without price controls.

However, Australians pay a higher price for generic prescription drugs – drugs no longer under patent protection – than many other countries.

Generic drugs are often not subsidised because they are cheaper than the PBS general co-payment of $42.50. So patients pay the full cost.

In fact, about 30% of all PBS-listed medicines cost less than $42.50, many of them generic drugs.

The cost of these PBS-listed, cheaper, non-subsidised generics counts towards your PBS safety net threshold.

Instead, the government could set a price for each generic drug, by using the best price obtained by other comparable countries. This international benchmarking pricing strategy is used by other countries such as Canada, New Zealand, Japan and many member states of the European Union.

If the Australia government can get cheaper generic drugs as these countries, it would mean substantial savings for many Australians.

Yuting Zhang, Professor of Health Economics, The University of Melbourne