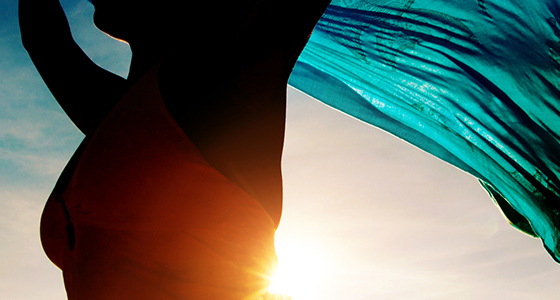 Scab: A protective crust that forms over a cut or wound during healing

I’m a white, educated, healthy, tall, English speaking woman. I have family support. I have sass. I am confident, capable and I manage my life with ease. Paying my way. I’ve spent so much time and energy trying to appear functional, healthy and well-adjusted. Trying to fit in, trying to manage my life. I’ve also been working hard to hide the fact I live with HIV. If a confident, articulate person like me has had so much hesitation and struggle around living with HIV, then how must it be for others?

Diagnosed with HIV in my mid-twenties, I was still ‘finding myself’. As a normal twenty-something I was working out who I was and where I belonged. It was devastating to be diagnosed at that time in my life and I felt overwhelmed. I was profoundly shocked. Time stood still and my world felt as though it had been turned upside down. What now? My life had always been weird, but this?

At first, I hid my HIV status because it felt important for me to form my identity as a person, separate from HIV. I didn’t want to identify too heavily with being HIV positive. I felt vulnerable, confused and fragile. I needed a scab.

It was the 90s. I lived in the straight community. I had no frame of reference for ‘coming out’. I didn’t know how to do that. There wasn’t a community of people living with HIV like me. My family and a close friend knew, but I didn’t want everyone to find out. I suddenly felt very different to ‘everyone else’. It was foremost in my mind but not anything you could see. It was a headfuck.

I was physically healthy, but my heart was broken, and my confidence took a blow. How would I date again? How would I tell a prospective partner? Would I live long? Would I die and be covered in lesions? I thought of the movie Philadelphia. It seemed tragic. I felt like all my dreams had died. I experienced a lot of grief about perhaps ruining my life.

When you sustain a wound, your body creates a protective scab which forms a barrier so the wound can heal underneath. It’s a necessary and healthy process. I had sustained a psychological wound. I was bruised and weeping inside. I didn’t know it then, but I was forming a scab.

I dove into a marriage with a man living with HIV and hid in that relationship as I processed my diagnosis and came to terms with taking medication. I went through therapy and pulled my body and mind together. I prayed. I grounded myself. I went through the stages of grief – denial, anger, sadness, acceptance. It took me ten years. We acted like a ‘normal married couple’. Hardly anyone knew our secret. It was safe. A healthy, healing, protective scab.

As I grew stronger the outer scab began to fall off and the marriage developed cracks. We decided to part amicably. I was ready for a new level of interaction. There was another scab underneath though, and it was necessary and important too. I was stronger inside, as well as healthier on the outside, so this scab was softer and more appealing. But it was still there.

I learnt how to live as a single woman again. A woman fresh out of her marriage, ready for fun and freedom, but still with a big, scary secret. HIV. Most of the time I managed it well. I didn’t lie, but I didn’t tell the whole truth either.

Why should I tell? Back then, NSW law said I must disclose my HIV before having sex with anyone. When I used the added protection of a condom, I knew I wasn’t putting anyone at risk. My sex life was important to me. I felt entitled to explore my sexuality. For me, sex is necessary for my health and well-being. I’d also done my homework and I knew by being on effective HIV treatment, I could not pass on HIV to my partners and I was uninfectious. HIV had threatened to take that away, now I was claiming it back!

I had a lot of fun. I was popular. Hot. I felt beautiful, sexy and free. All the things people with HIV aren’t supposed to be. I was living again! It still felt frightening though. What if someone found out? With casual partners I was always safe (and used condoms properly). I made sure my viral load was undetectable. I took my pills religiously. They were my key to being normal – healthy and sexually viable. I read all I could about the science of transmission. I practised defence scenarios in case I was found out. How would I argue my case in a court of law? How about in my community of friends and acquaintances? It felt risky, but I was prepared. I was brave.

Whenever it felt like a relationship was developing, I told them (often before we’d had sex, sometimes after) and I had good reactions. I was convincing. I felt empowered because I knew about the science and I understood their concerns. I advocated for myself and for a great sex life. I was sure that I wasn’t putting them at risk and that made them feel safe. We were in this together. It was always their decision to stop using condoms, which I supported enthusiastically. The relationships continued and broke up for other reasons – some of which was related to the scab and its remnant fibres.

In the past year or two, I’ve been thinking about my secret and the impact it was having in my life. I only recently thought of it as a scab. On the surface I seemed an attractive, fun loving party girl. A big flirt with long legs, who loved men but kept a lot to herself. Sometimes I ran away from them. Sometimes I regretted telling them about my HIV status, as the relationship didn’t last long. I had to trust they wouldn’t tell other people. I grappled with that one and at times it kept me up at night, yet as I grew the scab became softer and I began to care less.

Now, I feel like the scab is starting to peel off. The skin underneath is new but still a bit tender. It’s fresh. I’ve developed wonderful strength, some scar tissue, lots of soft pink cells. I don’t really know what’s underneath or what the future holds for me. I just don’t want the scab anymore. I can’t be bothered. I’ve had enough of it. I don’t want the isolation. Keeping it on would mean keeping myself hidden, and I’m too tall to hide!

One thing I do know though is I will be ok on this evolving journey. Maybe there’s more freedom coming, who knows. But I’m as ready as I’ll ever be.