The right to die: a daughter’s perspective 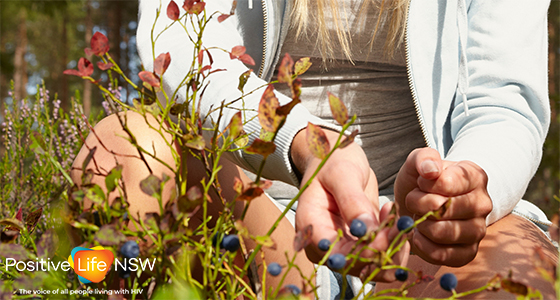 Amy was just 19 when her vibrant, vivacious mother Tasha told her that she was living with HIV. “She had kept the diagnosis away from me,” Amy says, “so I don’t know how long before that she’d been diagnosed.”

Tasha died about a year later, in 1996, at home, cared for by her daughter, sister Jo and devoted partner Ed. “I took that last part of her journey with her,” Amy said. “Before that, I kind of suspected she was sick and that she could have HIV. She was pretty awesome and had a very colourful lifestyle.”

In that last 12 months, Tasha talked openly to Amy. “She talked to me a lot about how she was feeling. She kept nothing away from me, and she was not backward in letting me know things. I wasn’t shocked when she told me her diagnosis, so that helped her to be open with me.”

Tasha had been in hospice care but wanted to come home to die.

“That last month or six weeks at home with her, even with the help of the awesome palliative care team from the hospice, and mum’s sister, and family coming in and out, and friends, and myself and her partner Ed, it was still tricky to navigate that end stage,” Amy said. On her bad days, Tasha begged Amy to help her end her life. “She said, ‘I need you to help me die, I can’t do this anymore.’ To see somebody in that state… I said, I’ll go to jail, I can’t. It was so horrible.”

If Voluntary Assisted Dying (VAD) had been available, would Tasha have requested it?

“On that particular day, she would have,” Amy said. “Like anybody toward the end, there were a few good times and some deep-down, horrible times and she fluctuated between not wanting to live and wanting to be with the people she loved.”

With the passage of time since Tasha died, Amy feels strongly about the right to choose an assisted death.

“If someone in end stage and terminal decides it’s time, we need to respect that. All these people saying no, well I say to them, that’s ok you don’t have to, but don’t deny it to the people who do want it.”

Amy’s career goal is to work in palliative care. Currently, she’s an assistant in nursing (AIN), is completing a certificate in mental health and is now working in aged care.

“Even in this setting I hear the same thing all the time: ‘I don’t want to do it any more.’ I can’t tell you how many times I’ve heard it. People should be able to navigate their end of life and it’s bewildering that people don’t talk about it.”

Tasha is described by Amy as “a tiny pocket rocket, loved by so many people.” She was very clear about her choice of music at her funeral: Cyndi Lauper’s Girls Just Want to Have Fun. A special guest at her funeral was her beloved dog Mac, rescued as a small puppy and who remained her constant companion until the end.

At the suggestion that her mother was very fortunate to have such great support around her before her death, Amy said: “I think I was the lucky one.”