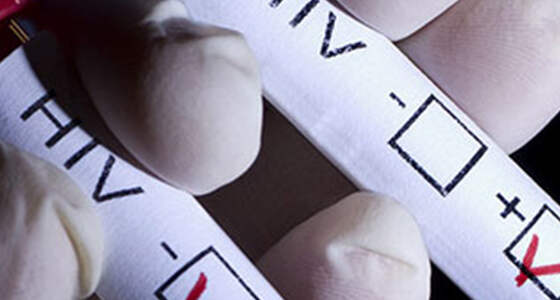 My name is Bill and I am now 55 years old, there was a time I didn’t think that I live this long because of HIV, this is the story of my seroconversion.

My story is a pretty good one (if any story about seroconverting to HIV positive can be called good), but the positive (pardon the pun) aspects of the experience are a direct result of how I managed my ongoing testing for many, many years before.

As a young 20 something year old I arrived in Sydney in 1984. I had visited the city before but that was for short visits only and that was before AIDS. I hadn’t intended to stay very long this time either but a couple of things happened that changed my plans. The first thing that happened was that my best mate Peter got admitted to St Vincent’s Hospital into one of the six single rooms that eventually became the AIDS Unit and the second thing was that I entered into a sero-discordant relationship with Andrew (he was positive, I was negative).

I never really had a negative view of people with HIV; actually, in the beginning I just thought ‘there but for the grace of God, go I.’ Once I was informed about the facts of HIV transmission I changed my behaviour accordingly, I wasn’t complacent – safe sex all the way. Andrew used to ask me how I could stay with him with all the worry about AIDS (this was the ‘80’s remember). I said to him “We know how this thing is spread, we know how to prevent it, worry is not going to change anything – and I love you.” Our relationship lasted seven years, Andrew lasted eight. I remained HIV negative.

Part of not being complacent however was to get tested regularly. I think I used to get tested every six months. Every time I got tested though I’d always have a moment of ‘what if?’ Just a moment though.

After Andrew, I went a bit wild. I entered into another serodiscordant relationship with Brad – same deal, safe sex all the way. Frank conversations with my doctor resulted in her recommendation that I get tested every three months. I think she wanted to keep an eye on me; the late 80’s were difficult times. The relationship lasted three years, so did Brad.

After that I went really wild. Lots of sex, lots of drugs, quit my job – a common story for those times, I imagine. After Brad, I entered into another serodiscordant relationship with Tom (Tom is still alive so this is not his real name). This time a different deal. I was complacent all the way; too drug fucked, depressed and anxious to care really, but I kept up the testing every three months, mostly. Sometimes I was just too damn anxious or depressed (or shitfaced) but I did the best I could in keeping up with regular testing. That sort of lifestyle eventually makes you sick anyway. Skin problems, gut problems, weight loss (if you only eat two out of every seven days the weight will drop off) and eventually I was carrying only 45kgs.

I was at the doctor’s a lot anyway but not really keeping track of when the testing was happening, so it was a bit of a surprise when she leaned across the table, held my hand and said “I’m sorry to tell you that you’ve tested HIV positive.” I felt like was in a vacuum – how could I be surprised? But I was. The next thought was, how could I have been so stupid? I wasn’t stupid; I was damaged, and human and terribly guilty and terribly ashamed. I cried and apologised – to the doctor! She held my hand, listened, clearly cared, didn’t criticise or comment at all really. She was just present for all the time I needed before I could leave. I am forever grateful for that caring, quiet space in the presence of someone who knew me well.

I went home in a dream, I told my partner that afternoon, he held me, I cried again, a lot and about a lot of things.

Of course my diagnosis at 33 years old was a catalyst for change – not immediately but eventually. My life is completely different now. If you are interested, the relationship with Tom lasted five years, as I said he is still alive. So am I.