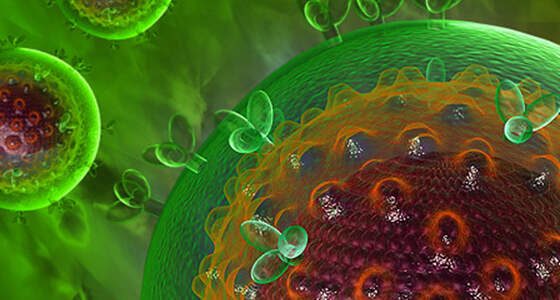 The Swiss Statement offered an expert, evidence-based perspective on the risk of an HIV positive individual with treatment suppressed virus transmitting HIV to a negative partner during unprotected sex. Based on findings from the Rakai Community Cohort Study in Uganda and observation in practice the Statement’s authors advised that a person in this situation was not sexually infectious, providing he was taking his medication, had maintained an ‘undetectable’ level of virus for at least six months and had no STIs. Media picked the news up from the Commission’s initial press release, a firestorm of international controversy followed and our world has not been the same since.

In one sense it was just a bureaucratic missive about risk assessment from the Swiss AIDS Commission, issued in January 2008, directed mainly to that country’s legal fraternity and insurance risk and liability assessors.

But in another sense, it was the ‘shot heard round the HIV world’ and the harbinger of the new prevention era in which we’re now immersed. It raised a range of challenges, the resolution of which has provided an inspirational backdrop to our times, though reading the current commentary you’d think we’d missed the biggie: “What about condoms for other STIs.” Puzzled? Read on.

Much of the initial controversy focused on the ‘no risk’ advice in the Statement and the Commission later advised its regret in not positioning the statement ‘where we live’ so to speak: a world where risk is a constant and where the objective is to reduce the risk to a point where for the vast majority of us it becomes a worst case scenario that is very unlikely to happen.

The second point of criticism was the lack of a randomised control study derived evidence-base to prove the Commission’s concept, and the third was the prospect of HIV positive people suffering ‘risk disinhibition’ i.e. throwing the condoms away and getting stuck right into it on receiving this dangerous news. At the time, hearing one’s partners in the World’s Most Successful Partnership-Based HIV Response (TM) expressing this degree of mistrust in their community partner did give pause for thought.

In fact, Australia led international opposition to the Swiss Statement and a modelling study conducted by the then National Centre for HIV Epidemiology and Clinical Research (now the Kirby Institute), published in the Lancet later that year suggested that HIV transmission among serodiscordant monogamous couples in which the HIV-positive partner had an undetectable viral load due to effective treatment might rise fourfold over a decade if condom use was abandoned.

AIDSmap reported on the modelling study as follows:

On the basis of the data presented here, the modelling researchers concluded, “we believe that the Swiss Statement is not a sensible public-health message because its logical outcome would be the abandonment of condoms by people with effectively treated HIV infection…As a population strategy, treatment as prevention has the potential to reduce HIV epidemics only if consistent condom use is maintained. Indeed, our analysis suggests that there is large potential for more harm than good.”

The Lancet editorial commentary on the findings by eminent Professors Garnett and Gazzard was more measured:

“Denying an effect of treatment on risk of transmission would be dishonest and futile, because well-informed patients will assume an effect,” they wrote.

Their commentary was also more welcoming of the ‘teaching moment’ embedded in the Swiss Statement:

Here we are, seven years down track with a mass of data accumulated from research study after research study (none of which by the way studied the effect of PrEP with condoms, just PrEP by itself) – iPrEx in 2010, HPTN052 initial findings in 2011 (which provided proof of concept for the Swiss Statement) and on through PROUD, Ipergay, Opposites Attract, Partners down to the results of the START Study this year – and now it’s an incontrovertible fact. Treatment is Prevention. In fact the release of the START Study findings earlier this year made the ‘Treatment as Prevention’ terminology redundant. Treatment is as effective in halting viral progression as it is in greatly reducing the risk of HIV transmission. NB: whether you use condoms, or whether you don’t.

In the case of sexual transmission of hepatitis C they’re probably next to useless given that the transmission vector is blood to blood – and often via quite microscopic droplets of blood – which can be as easily found on the outside of a condom as anywhere else.

Famously, STIs can also be spread very efficiently by oral sex and no-one is suggesting the use of condoms for oral sex. In fact no-one suggested the use of condoms to counter the effect of the astronomical rates of STIs prevailing among gay men at all until HIV arrived. HIV came as a death sentence. Other STIs did and do not. They’re eminently treatable/curable in fact.

In an era when our ability to prevent HIV has reached a new level of effectiveness repeated calls for gay men to continue to use condoms to prevent eminently treatable STIs are beginning to sound more like slightly desperate moral preaching than considered health promotion advice.

We’ve never in the history of our HIV epidemic response regarded the STI preventive effect of condoms as other than a secondary ‘flow-on’ benefit from their primary purpose – preventing HIV transmission. If condoms are no longer central to HIV prevention it seems unlikely that gay men will be persuaded that they’re essential for preventing chlamydia. Reliance on condoms alone will never achieve a sustained decline in STI notification rates among gay men. What will achieve that outcome is ifs every gay guy – yep, us ensuring that we test for STIs in accordance with best practice guidelines. The busier you are, the more tests you should be having – including throat, anal and urethral swabs (use more than one swab obviously) – informing the guys we have sex with if we’re diagnosed, taking the treatment as prescribed and not getting back into it until you’ve finished the treatment and got the all clear.

By the way, when you read about antibiotic-resistant strains of this and that, it doesn’t mean that completely untreatable strains of gonorrhoea are amongst us. It means that over time, more patients are presenting with resistance to one or more of the frontline therapies used. So others are used. In Australia, to this point no-one to my knowledge has presented yet with a completely untreatable STI, nor is it likely to be so anytime soon.

An Australian Consensus Statement on STI prevention might well be one way to go but on current form we’d have solved everything else but the key question by 2022.

An approach to ending STIs, every bit as energised and all-encompassing as the Ending HIV approach currently underway could be more effective and the engagement and mobilisation infrastructure is already in place. I think it’s important to remember that gay men’s sexual practice isn’t what’s at issue here. Rather, it’s the STIs that are interlinked with that practice. I’d focus on constraining the STIs.