On Being Trans and Poz 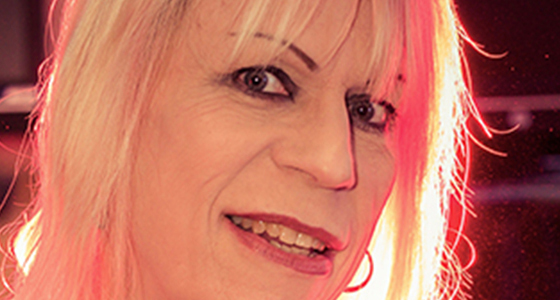 For several years I have been giving talks on living with HIV and being Transgender as an out Positive Life NSW Positive Speaker to schools, health professionals and business organisations. The ice breaker I like to use is, ‘I’m Trans, over 50 and Poz; not a winning trifecta in the relationship market place.’ While this little piece of self-depreciating humour may be seen for just that, like all humour there is a kernel of truth in it.

I was diagnosed HIV+ in 2008, and my partner the week before. Both of us skipped HIV and had AIDS-defining illnesses. She died, I lived and with that came the beginning of a new life. Living as a HIV positive Transwoman I would go on to discover that I don’t exist. Here I mean in the statistical cascade of people living with HIV (PLHIV). HIV+ Transwomen have only ever existed as an ‘other’; an invisible subset of gay. This has been the case for years. It is symptomatic of the overt and covert stigma and discrimination that Trans people face daily.

Detractors dismiss the emerging visibility of Transgender people in the media and popular culture as a ‘fashion’ or cultural anomaly. No, we aren’t an aberration, we have always been here. Transgender rights and recognition are about a decade behind the rest of the gay community. As we gain our voice there is movement here in NSW with the opening of T150 clinic at the Albion Centre, the coming opening of the first Transgender Legal Service at the Inner City Legal Centre and the supportive voice of Positive Life NSW.

For me, being Transgender cannot be separated from my living with HIV. For anyone who is HIV+, disclosure remains a major anxiety. To disclose or not to disclose; that is the question? For years I carried the survivor guilt of somehow being responsible for the AIDS related death of my partner while I survived. Nothing good comes from such a negative self-perception. Then the realisation; being Poz is only a small part of who I am as a person. This led me to an openness about my undetectable status when appropriate.

The 2008 HIV+ diagnosis took away everything from me including the love of my life. Out of this came a choice; be the victim of life’s misfortunes or look for the opportunity to be found in adversity. I choose the later. Today I view being HIV+ as one of the best things to every happen to me. As to the why? That’s another story.