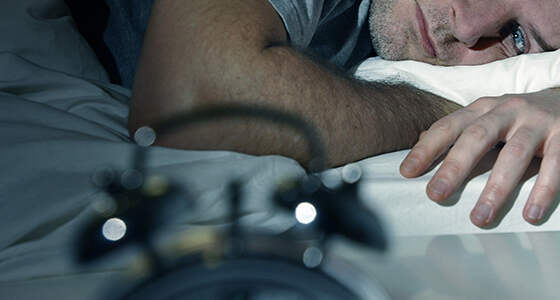 The sound of my alarm woke me from my sleep. 5:00 am. Time to get up and in the shower. As I lay awake in bed the memories of the weekend rushed through my head. As I slowly woke up, I realised, I was no longer caught in an incredibly hot moment where I was making decisions based on some very hot guys and my urge to fuck them. All that was going through my head now, was the overwhelming sense of “Oh fuck.”

My first thought was PEP. I needed to get on PEP. I didn’t know much about HIV except I didn’t want it and that there was this thing called PEP that could stop me from getting it if I’d been exposed. The only reason I knew about PEP was a poster on the wall of an SOPV (sex on premises venue). That PEP poster always used to get my attention; it started to make sense that morning why I always looked at that poster regularly. I’d even picked up a brochure about PEP. It was still hidden in my underwear drawer.

I called the hotline number over a coffee and a cigarette. I was nervous and anxious. I had always put off testing for HIV. I knew that I had taken all of the risks. I wasn’t just pushing my limits; I didn’t really have any limits. I was fucking a lot of strangers raw and enjoying it. I had accepted that just because I wasn’t sick, there was nothing to worry about. I had accepted that it wouldn’t happen to me. Except now, I was looking down the barrel of cold reality. I realised I’d know the real answer to my HIV status instead of convincing myself that I would be fine.

The rest of that morning played out quickly, and is almost a blur. I remember talking to the nurse on the PEP hotline, I remember her telling me where to go. I remember arriving at the clinic in St Leonards, waiting for them to open. I remember the reception staff being very nice to me (I was clearly shaken up). I remember the doctor asking me some questions, I remember getting the pills. I have no recollection of the rest of the day.

That week on PEP was tough. I remember being tired. Tired in a way I was never before. And when I did sleep, it was deep and heavy. And I sweated. Every time I woke it would be in a pool of sweat.

One week later, I had my week follow-up appointment. One of two things would were going to happen to me that day. I would either be told I was HIV negative and I’d go on with the course of PEP. Or, I was already HIV positive before the weekend that had prompted me to test. That day, I remember little except for the walk from my front door to the bus stop that morning. That walk is very clear in my mind still six years on. I guess there is no prize for guessing which of the earlier two options happened. I was diagnosed HIV Positive on 22 February 2010.

With hindsight and the lessons I’ve learnt, it’s easy to think back and wonder why someone wouldn’t want to test and know if they are positive. It is also easy for me to wonder why someone wouldn’t reach out to a friend or a doctor to talk about HIV. Then I remember I only understand the fear that comes with testing and I know this fear now because I have been through it.

I’m now a 30 year old Poz guy, with six years lived experience with HIV under my belt. I know more now than I did when I was HIV-negative. While I don’t need to test for HIV anymore, I get tested regularly now to make I’m on top of my health needs. It’s not so hard.