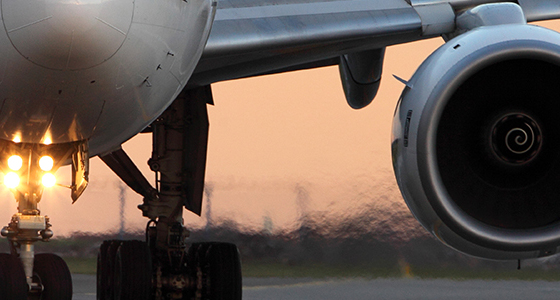 Today I’m a Positive Speakers Bureau (PSB) Speaker for Positive Life NSW and I felt it was time to take stock and recount the past five months after going public in a Sydney Morning Herald article about being a former NRL Referee, I achieved the highest level of the sport while living with HIV and on treatment during the entire time.

While I am 48 years young with an UVL and normal CD4s, I know I’m not bulletproof. I learnt the hard way in 2004. Then I was in a demanding Personal Assistant role. I was training and refereeing, and expected to ‘push through’ and appear bulletproof. I ignored the signs. It wasn’t long before I felt anxious, irritable and without spark. My doctor told me straight up that I was burnt out. I was 36.

So, I am particularly aware that fatigue management is crucial to good health. For people living with HIV this is an important issue and one I have had a lot of experience with. Over my life, I have been employed with three different airlines, flying regional, short and long haul. I spent seven years working on the A380, which was considered ultra long-haul, and fatigue management was crucial.

I operated a Sydney-Dallas duty, which was over 17 hours flight time alone. Add in preparing for work, cab to the base, 75 minute report time before departure and then after arrival, processing at Dallas/Fort Worth (DFW) International and then the ride to the crew hotel, shower and bed made a very long shift. Bundle all that together and the total time was usually close to 22 hours. While we could rest on-board, personally I found it wasn’t quality rest on the 747 and A380.

There is a saying you cannot catch up on lost sleep. Once it’s lost it can never be recouped. Getting extra sleep to overcome sleep deprivation may seem like the right thing to do, but a 2010 Harvard Medical School study found that it’s not that easy.

The study highlighted the effects of chronic sleep loss on performance and demonstrates that it is nearly impossible to “catch up on sleep” to improve your performance. According to the study, even when you sleep an extra 10 hours to compensate for sleeping only six hours a night for up to two weeks, your reaction times and ability to focus is worse than if you had pulled an all-nighter.

My medication adherence also had to be managed during my time with the airline. I had to keep in mind the different time zones, eating meals and getting exercise with a 52-hour slip time in Dallas. I would turn around and work the return flight to Sydney, which arrived at 5.30am on the morning of the five-day duty. We had three local nights rest in Sydney and then rostered to do it all over again.

Late last year after my Sydney Morning Herald article broke, I was determined to step into a more public space that acknowledged my HIV status as well as offer me a way to openly connect with the community. On Worlds AIDS day on 1 December 2016 I received two invitations for the same day. One was a morning event with Bobby Goldsmith Foundation (BGF) and the other was an evening event with Positive Life. I accepted both.

A morning tea at Vaucluse House with BGF was my first step into the public HIV arena. The setting was delightful yet it was a blur. I drove home feeling proud and once I arrived home I literally hit a wall and slept soundly for four hours. I had to contact Positive Life and apologise for not being able to attend the World AIDS Day function. I was knackered!

My next experience was an opportunity to meet some PSB Speakers and observe Neil Fraser who was speaking at an engagement at Concord Hospital. The hour flew and it felt like five minutes as I was ensconced with his story. Again unexpectedly, after arriving home I needed to have a nap. The words of fellow PSB speakers regarding fatigue were definitely starting to resonate with me.

Fast-forward three months to an empowering experience of my first five-minute talk with Zainab at Auburn Hospital. The duty of care and support from my PSB colleagues far surpassed what I had experienced in the corporate world. Once again, after telling my story for five minutes to 20 nurses while leaving me elated I was spent and slept a few hours’ deep sleep afterwards.

Even though it’s very early days with the PSB, just one five-minute talk has highlighted to me the impact this very personal work has on my energy levels. If my body says sleep, then I sleep. It’s a trigger to allow me to manage my health and check my boundaries, when managing my speaking opportunities. Being aware of my triggers helps me take care of myself, manage my fatigue and stay healthy physically and mentally.

Stepping into the public HIV world and feeling comfortable has changed my life. While it’s been a steep learning curve and at times confronting, doors have been opened and I’ve met some incredible people. Though I have lost some friendships, I’m seeing new and existing connections bloom. The best part is I now know I no longer need to hide in shame, frightened of stigma.