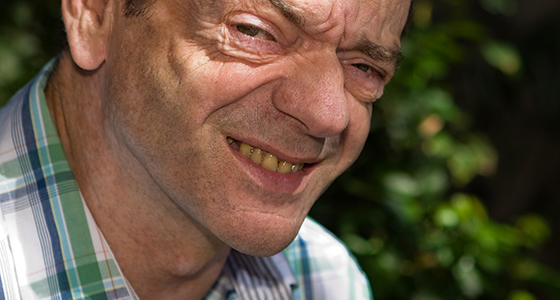 Reflecting on my life in 1988 brings back some painful memories: the numbers of deaths from AIDS illnesses was starting to impact on the community and I was starting to fear for my own health. I’d started the horror drug AZT (at a ridiculously high dose we later discovered) and was losing weight rapidly and experiencing wasting from my arms and legs. I was still working at a fairly demanding managerial job and found myself having to rush to the sick bay during lunchtime to recover some of my depleted energy levels.

In those days the AIDS Councils were supreme in almost everything to do with HIV and their focus was on supporting and caring for very ill people with AIDS as well as their prevention role. The concept of people living with HIV or AIDS, speaking for themselves or running their own peer organisations was a new one, although the people within the HIV/AIDS movement were mobilising in a number of countries overseas.

It is understandable with a highly stigmatised condition like HIV/AIDS (the Grim Reaper advertisements didn’t help in 1987) that people living with HIV didn’t feel able to disclose their status publicly. But there is some safety in numbers — as well as a lot of bravery required in this instance — and a group of HIV-positive people decided to break that invisibility at the 3rd National AIDS Conference in Hobart in August 1988. They came out onto the stage declaring their HIV status publicly, many for the first time. Positive people were starting to say they no longer wanted to be an invisible part of the epidemic.

I was a part of a discussion at the Living Well Conference at Fairfield Hospital in Melbourne in late August 1988, where we set up a lobby group, calling ourselves the National People Living with AIDS Coalition (the fore-runner of NAPWHA today) to push for state governments in particular to fund People with AIDS groups around the country. I remember the late Keith Harbour (then President of the Victorian AIDS Council) being one of the people tasked with the job of visiting the states to talk with AIDS Councils and Health Departments about the idea. I think his expenses were met by a grant from AFAO.

People Living with AIDS NSW (now Positive Life NSW) was the first HIV peer organisation to be established in a state. I’ll leave it to others more closely involved with this establishment in 1988 to give more detail but over the years, I remember working with Bill Whittaker, the late Robert Ariss and Phillip Medcalf, Ross Duffin and Jo Watson and many others representing PLWA NSW, particularly at NAPWHA meetings. We learnt a lot from each other about advocacy and lobbying government for better care and treatment for people with HIV.

People Living with AIDS Victoria (now Living Positive Victoria) was established as a project of the Victorian AIDS Council (VAC) in 1989 and I became involved early on. I was the Convenor (or President) in late 1989 and had the nerve-racking task of learning to deal with the media. In my first interviews, I was nervous because of the potential for discrimination with my face on the evening tele and in the papers — but also because I hadn’t come out about being gay or having HIV to my family and some friends. The personal became political virtually overnight but I’m grateful that my family and friends, and my boss reacted positively when I told them (which often wasn’t the case for many people).

You can’t underestimate the importance of having an organisation of peers working with you to fight against discrimination and working to change community attitudes towards people with the virus. HIV required some of the gutsiest activism of all time, putting your status and sometimes your friendships or employment on the line. Governments might have been shocked by some of the street protests and stunts carried out by the more radical ACT Up members at this time but it made the task for the positive organisation representatives a little easier– we were the sensible people who could negotiate and convince Ministers and bureaucrats of the importance of funding peer organisations to help turn around an epidemic which threatened to get out of control.

I have been very grateful that we have had peer organisations like Positive Life NSW in our corner ensuring the positive voice was out there in the LGBTI and broader community, in roundtables with government and working with service providers to ensure we had the best care and treatment. Being a part of an HIV-positive organisation is also a great way to come to terms with your own feelings of internalised stigma about having HIV. When you share your experiences with peers, isolation and negative feelings can dissipate when you realise you’re not the only one going through the experience.

David has been involved in HIV sector organisations since 1988.