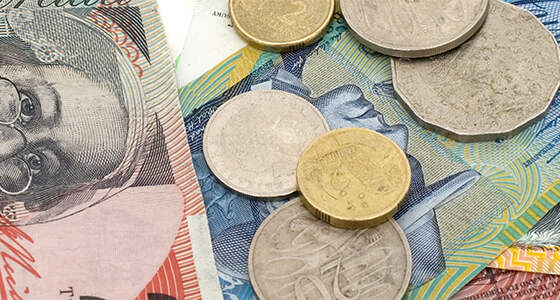 “Can you lend me some money? I still haven’t been paid, and I’ve almost run out of my meds.”

Brett hated asking his friends for money, but it seemed to be happening more and more lately. He had a full time job, but his boss often asked him to wait for his wages. There was always a reason – a customer was late in paying, a cheque hadn’t cleared – and Brett always got paid eventually, but the random paydays were making it really hard for him to budget.

It was more than just annoying. Brett was worried that his cash flow problems would affect his health. He understood why it was important never to run out of his HIV medication but this was difficult when he never knew how much money he was going to have.

Brett rang the HIV/AIDS Legal Centre (HALC) to see if there was any way he could make his boss pay him on time. He spoke to a volunteer who arranged for him to come in for a meeting. He met with a solicitor at the Legal Centre. She explained that he was experiencing indirect discrimination on the grounds of disability.

“Being HIV positive is classed as having a disability for the purposes of protection under the anti-discrimination laws,” explained the solicitor. “Just being positive is enough. You don’t have to have any impairment associated with your HIV to qualify.”

The solicitor explained that Brett’s boss was indirectly discriminating against him by making him wait for his wages. Indirect disability is when there is a rule or policy that is the same for everyone but has an unfair effect on people with a particular disability. As an HIV positive person, irregular paydays was more of a burden on him than it was on someone without a chronic medical condition, because he needed to be able to purchase his medication at regular intervals. The irregular paydays were not an intrinsic requirement of the job. Other people who worked in Brett’s trade for other employers got paid regularly, so expecting Brett to put up with them was discriminatory.

“How can my boss be discriminating against me because of my HIV when he doesn’t even know that I’m HIV positive?” asked Brett.

“That doesn’t matter. It’s enough that these actions are having more of an impact on you because of your disability.

“And your boss doesn’t have to find out that you’re positive because of this, either,” she explained. “We have another name for our centre that we use in cases like this. As far as your boss is concerned, we’re just an ordinary neighbourhood legal centre.”

“Anyhow, even if you did explain to your boss that you were positive, a person with a disability has a right to the same employment opportunities as a person without a disability if they can do the main activities of the job. They should have an equal opportunity to do that job, and telling your boss does not allow him to treat you differently – that would be direct discrimination.

HALC lodged a complaint with the Anti-Discrimination Board for Brett, and attended a conciliation meeting with Brett’s boss, who agreed to ensure that wages would be paid on time.

The HIV/AIDS Legal Centre offers free legal advice and representation to HIV positive people in NSW. If you have a legal problem, call HALC on 9206 2060 or freecall (for regional areas) 1800 063 060 or visit the website at www.halc.org.au