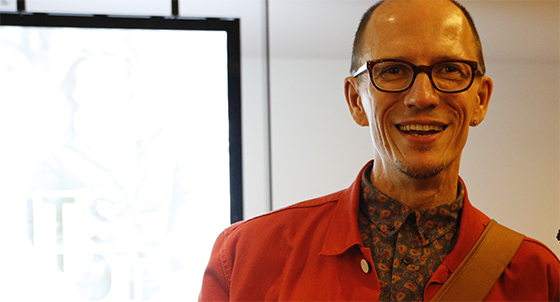 My name is Peter Schlosser, and I am and have been a Positive Speaker with the Positive Life NSW Positive Speakers Bureau (PSB) for 24 years.  I’m happy and privileged to be here today in 2020.

Six years later in 1990, after a diagnosis of Hodgkin’s Lymphoma, I was given two weeks to live. I’m still here.

In early 1994 I relapsed, and my partner of 10 years died of AIDS just after Christmas. Then in early 1995 in the space of two weeks, I was diagnosed with five AIDS defining or HIV related illnesses. Family and friends were told that I could go at any time. I’m still here.

I began prophylactic treatment for the infections that I had. Later in 1995 I had a Grand Mal epileptic fit due to scaring on the brain from one of the AIDS defining infections, and so began my journey with co-morbidities. I also started a basic and toxic antiretroviral treatment. Despite that, two years to live was the expectation. Regardless of the damage from chemo and HIV meds, it saved my life. I’m still here.

Since 1997, newer and improved treatments with less side effects and better efficacy have been developed. My huge pill burden started to decline, and I participated in a variety of drug trials. I was expecting everything to return to normal and for a time it seemed that it was…till it wasn’t.

In 2003, aged 40, I had a sudden and rapid progression of osteo-arthritis. I was told that I needed a double knee replacement which was denied on the grounds that I was too young. I suffered for ten years becoming progressively more disabled and pain has been my companion ever since. I’m still here.

In 2011 after some frightening cognitive issues, I was diagnosed with mild HIV related neurocognitive dysfunction. I’m still here, just a little more confused.

In 2012 my gall bladder was removed. Most of me is still here.

In 2013 I had my knee replacement surgery, 50 was no longer too young. The resulting pain relief was amazing though. Even less of me is still here.

We, I remind you, are the largest cohort of people living with HIV. Right here in NSW, we who bore the brunt of the AIDS pandemic, who fought for rights, who fought for recognition, who watched our loved ones waste away and die, who buried a generation and lost our supports and social circles, we who continue to address stigma and discrimination, we who fought for and were guinea pigs for treatments are, ironically, in the age of treatments are being forgotten and left behind.

The point of all of this is that Living with HIV can be very complex for a lot of us who survived a pre-1996 diagnosis. Besides HIV, many of us, known as long term survivors or the AIDS generation, the over 55’s, are living with a number of other conditions. Many of the people in this room know what I’m talking about, co-morbidities.

The overarching public health message is one pill a day and all will be well, which is fantastic. One pill a day is the case for most diagnosed today and falls short only in so far as cure. However, for those of us who are long term survivors, who fought for this outcome, this is not necessarily the case.

My pill burden for HIV is still high by today’s standards at five per day. In regard to co-morbidities, I take an additional 20 per day. This is not an uncommon story. As we’ve got older and the one pill a day messaging has become prevalent, we seem to have become invisible and forgotten.

We, my cohort and I, are all getting older and currently living with or facing the impact of loneliness, isolation, mental health issues the prospect of poorer health outcomes. Surely everyone in 2020 with the experience of the COVID-19 pandemic, can identify with this, but for us it’s been an upwards of 40yrs experience. Please don’t forget us!

Being forgotten is not a good thing for anyone. Living with HIV is not just about treatments, it’s about quality of life, physical and mental. It’s about social connectedness, belonging, support, inclusion, visibility and involvement, being heard and being acknowledged. Nothing about us without us. Please don’t leave us behind! Please don’t forget us! We are still here.

My name is Peter Schlosser and I live with HIV. I really am so very grateful to still be able to still say that, but sometimes it’s hard………I’m still here.