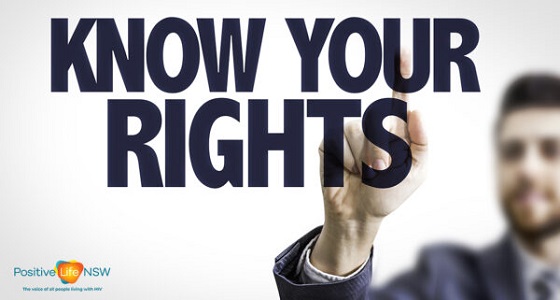 As it currently stands, NSW public health law says you must tell your partner if you are living with HIV, before you have sex, or that you must take ‘reasonable precautions’ such as using condoms and water based lube. In terms of transmitting the virus and maintaining good health, the modern reality of HIV as a manageable chronic condition stands in direct contrast to the current legislation.

Positive Life believes HIV transmission and acquisition should be addressed and dealt with solely as a health issue under public health law in NSW, and not as a criminal issue. We advocate for and support changes to the NSW Public Health Act to reflect the modern reality.

Today, treatments for HIV can successfully suppress the virus. If a person living with HIV has an undetectable viral load (UVL) and no sexually transmitted infections, then the chances of condomless sex resulting in HIV infection are low. This is known as ‘treatment as prevention’, or TasP. However, without changes to the law or a court deciding that an undetectable viral load is a ‘reasonable precaution’, a person with HIV can still be in breach of the NSW Public Health Act for not disclosing their HIV status before sex.

Now there’s PrEP, or ‘pre-exposure prophylaxis’. One of the great benefits of PrEP is it means HIV-negative people can take control of their own health and reduce their own risk of acquiring HIV. So where does this new prevention strategy fit with the current NSW legal approach to HIV?

Recent criminal charges against a Sydney man relating to his alleged infection of a former partner living with HIV hit the headlines in early January. Disturbingly, one major newspaper published the man’s name and a photo lifted from his social media page.

As a person living with HIV, the suggestion that I could be charged with a criminal offence in relation to transmitting HIV to another person is horrifying. The possibility that my name and my photo could be plastered on the webpage of a major newspaper before I’ve had any chance to defend the charge is even more horrifying.

So what do I do? Do I disclose my status and face possible rejection and discrimination? Do I reject potential fucks who are HIV-negative, sero-sort and choose only to have sex with others who are living with HIV? Or do I engage solely in anonymous sex, which entails risks for both me and my partner?

It is clear that in NSW we need a sensible and mature approach to HIV which reflects the modern realities of treatments and prevention strategies and which balances the individual rights and responsibilities of both HIV-positive and negative people.