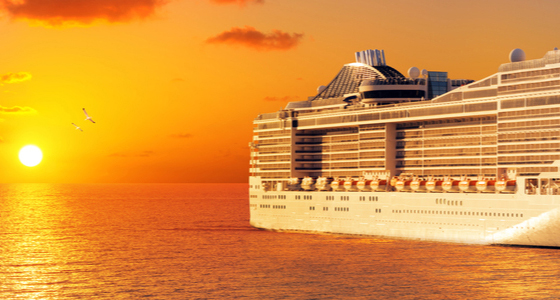 The hot season in Thailand is just that; really hot, too hot to be out and about. It’s 2010, Saturday morning and I am looking around my apartment for ways to keep myself amused until evening when it cools and I can head out. What to do? The piles of DVD’s on the floor in the corner caught my eye. An ever-growing mountain, most of which I had only ever watched once. Surely there is something amongst this I could watch again.

The movie ‘Team America’ catches my eye. I remembered I quite enjoyed seeing this movie at the cinema when it came out in 2004. Made by Trey Parker, the creator of ‘South Park’, it is a satirical parody of American foreign policy of the time, done with puppets. Early into the film there is a scene set in a Broadway theatre musical where dozens of puppets are jumping around on stage doing a mocking chorus song ‘Everyone has AIDS’. Watching this again in 2010, it was not the funny movie I remembered laughing along with everyone in the cinema in 2004. There were no laughs to be found here anymore.

So, what had changed? In short; a diagnosis of HIV in 2008 had changed everything in my life from the macro to the micro. My partner had died of an AIDS related illness and I too came very close to death. Previously to my diagnosis, health management was something that began and ended with the occasional trip to the GP if I was feeling unwell.

It also brought back memories of the homophobic and religious/right wing bigotry in the 1980s with the appearance of HIV/AIDS. If you were part of a minority ‘at risk’ of contracting HIV, you were the target of anyone with an axe to grind. Uninformed people taking their prejudices, fears and ignorance out for a walk filled the TV screens of the time.

Little did I know my HIV diagnosis and coming so close to death was just the beginning of a lifelong HIV journey, from diagnosis to acceptance. Not so apparent was for the rest of my life, I would be learning to take personal responsibility for all my actions; or lack of. I would have to learn be my own case manager for my health.

Fast forward to February 2020. I’m on a three-week cruise with a friend out of Sydney. Reports of Coronavirus (COVID-19) infections in countries other than China are becoming widespread. This extends to multiple cruise ships traversing the world’s oceans. Mud sticks; and soon all cruise ships would be tarred by the Coronavirus, the passengers on board persona non grata. While fear and politics played out, many would die and become infected by COVID-19 on these floating petri dishes.

In Cairns, all of the Chinese passengers on our cruise ship choose to leave the ship since if they remain on board, they will not be allowed to re-enter Australia once we enter international waters, given the Australian borders had been closed. Dill, Bali, Lombok, Singapore, each of our cruise stops became gauntlets of tents, temperature checks and uninformed Corona diagnoses.

In Bali, a group from my cruise, seemingly randomly selected were forced into ambulances and sent to various hospitals in Denpasar. Eventually they were released later that day after the ship’s captain negotiated with Indonesian port and health authorities. With that, we set sail from Bali, sailing off into the sunset and with that, any idea of getting off the ship again to explore exotic places. I didn’t get off the ship again till the end of the cruise. Apart from hangovers, no one on my cruise ever got sick.

The early days of lockdown were a great illustration of how thin the veneer of civility and order are in our society. Fear, fear of the unknown is a primal instinct, a survival instinct. Filling your home with toilet paper and handwipes is not going to save you, neither will assumptions, knee jerk reactions or panicking. Being informed, and a bit of common sense is going to go a long way to help you, your friends, family and the wider community. With that in mind, I’d like to give my slant on the lockdown and how it relates to my being HIV+.

My HIV+ diagnosis in 2008 showed it to be at an advanced stage. My immune system was destroyed and for a long time I lived with various AIDS defining illnesses. Because my immune system was so weak, I was highly susceptible to any infection or viruses that may have been around. Handwashing, social distancing and no sex for about seven years; that was everyday life for me. Driven by the fear (real or not), of passing on HIV to someone else. Having watched the love of my life die from AIDS related kidney disease, I would not wish this virus on anyone.

Lockdown here in Australia has been going on for two or more months now. Apart from the lack of toilet paper and handwipes, my life is pretty much the same as it was for years following my HIV diagnosis. In 2013 after many years of various drug combinations, I achieved what is known as ‘undetectable’ where after testing, the HIV virus is as the term describes; undetectable in my body. Short of a cure, this is as good as it will ever get.

The ability of my body to fight off infections and viruses has never recovered fully, and remains at the lower end of what is considered acceptable. COVID-19 attacks the lungs, the most damaged and vulnerable part of my body due to AIDS related pneumonia. 12 years later, and again I am in lockdown; a slap in the face to my own health management? Or is this just a continuation of the years of self-imposed lockdown. Is it possible to be locked down in a lockdown?

As the COVID-19 crisis rolls on, there is no sign of a cure or vaccine. Infected or not, the social and economic effects this will have on each of us individually are going to be played out for many years to come, a bit like HIV. This time there is no blaming the faggots, trannies, queers or anyone outside the cis or gender norm. No one on the planet is immune from COVID-19. If you are not infected with the virus, you have been affected socially, economically or psychologically by the lockdown. A reality for decades for people living with HIV and their family and friends.

Whether it is COVID-19 or HIV, hiding behind fear and prejudice isn’t going to protect you. Like HIV there are multiple ways to prevent, or at least minimise, the risk of getting COVID-19. There are no guarantees in life, however risk can always be minimised. Most of these are just common-sense. Get educated, be (properly) informed, take personal responsibility with your health and hygiene both socially and sexually, will go a long way. Panicking and fear will always work against you.

Returning to where I began, I doubt a movie like Team America could be filmed today with a mocking musical scene mentioned earlier, as ‘Everyone has COVID-19’. It would be savaged by critics and politicians alike as tasteless, and there would be a public uproar.

In fact, there is no more going to the movies, I loved going to the movies, it was a place you could escape to for a couple of hours from everyday life and get lost in an engaging story or characters. Across the country the cinemas sits dark and silent, having been closed for weeks now and I don’t hear anyone laughing anymore.