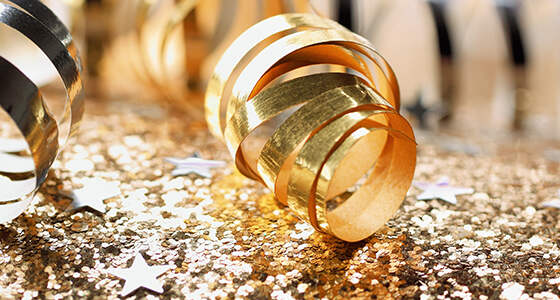 People with HIV have had some wins in the last twelve months and when we have wins I think we need to celebrate them. From 1 July, we’ve been able to have our medications dispensed at our local chemist rather than having to visit a hospital pharmacy. From 1 October, our HIV medications have been free wherever we’ve chosen to have them dispensed.

The choice is mine: community pharmacy dispensing

In 2014, then Federal Health Minister, Peter Dutton, announced that people with HIV would be able to collect our pills from either a hospital pharmacy or a community pharmacy (or order online and have our medications delivered, if we chose) from 1 July 2015.

Before then, HIV medications were only available in NSW through hospital pharmacies and services like the Albion Street Centre which generally operated only Monday to Friday during business hours. Collecting our pills required prior planning, time away from work and sometimes long travel, and for many people with HIV, including me, collecting pills from my local chemist has meant much greater convenience.

Along with added convenience, the change has brought other improvements – my experience of having my medications dispensed has improved, as has my capacity to keep track of prescriptions for the PBS safety net.

First, in my view, the enhancement of my experience has been the key improvement. At the hospital in Sydney’s north I’ve collected my pills in the past I spoke with pharmacy staff through a glass screen and my pills were delivered through that barrier via a prison-like secure box. At my local chemist they know me, they know my name, they greet me with a smile and say hello, and they have gone out of their way at times to help me out when I’ve run out of pills. I won’t say my experience collecting my pills at the hospital pharmacy has always been bad but at the hospital I am a patient, whereas at my local chemist I am a customer. I’ve had no choice but to use my hospital pharmacy in the past, whereas at my local chemist they know that if I don’t like the service I am getting I will take my business elsewhere. The choice is mine.

Second, the streamlining of my pills collection from my local chemist has meant my records for the PBS safety net threshold are now kept in the one place. I’ve not been good traditionally at keeping the stickers for my prescription record form and the change lifted some of that stress.

My medicines are free: co-payment waiver

In the lead up to the 2015 state election the NSW government committed to paying the patient co-payments for a range of s100 highly specialised drugs, including HIV antiretroviral treatments. Implementation was announced on 27 September 2015, and the scheme began on 1 October 2015.

Previously, when we had our pills dispensed we paid a co-payment of $37.70 or a concessional co-payment of $6.10 for each HIV medicine prescribed. Like many people with HIV I take other medications for other conditions and the cost burden of that takes its toll. My antiretroviral combination requires two separate medications a day, and these two now being free has provided a bit of financial relief.

To take advantage of both community pharmacy dispensing and my medicines being free wherever I choose to have them dispensed has required extra visits to my doctor. To collect my pills from my local pharmacy required a new prescription dated after 1 July 2015, and to take advantage of the co-payment waiver required another new prescription dated after 1 October 2015. Further, taking advantage of the co-payment waiver required both my doctor and myself to complete a patient consent form which needed to be attached to my prescriptions.

The requirement to visit my doctor for new prescriptions was a step in the process I could have done without, and I’m never a fan of new forms. But, in the scheme of things, the ongoing convenience of community dispensing made the extra doctor visit worthwhile, and when I understood the consent form was required in order to overcome the bureaucratic and legal barriers to implementing the scheme, I was comfortable with that too.

As well as celebrating the wins when we have them, I think we need to acknowledge the political will it has taken to make these happen. In the case of community dispensing, the federal government was responsible, in the case of the co-payment waiver, it’s been the state.