Breaking down stigma one barrier at a time 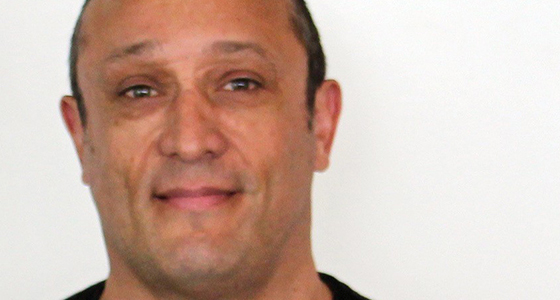 Matthew Hall was diagnosed with HIV as a 23-year-old in 1995. Given effective antiretroviral treatment was yet to become available, HIV was considered a death sentence at this time. Devasted by the news, Matt struggled with his own fears of dying as well as the worries and anxieties about HIV from other people.

In retrospect, 1995 was a transition year for people living with HIV. The Olympic gold medal diver Greg Louganis, announced he was living with HIV having come out about his own sexuality the year before. By 1996, triple anti-retroviral (ARV) combination therapy and viral load testing began in Australia and with the rapid increase in ARV uptake, deaths from AIDS defining illness began to drop.

After starting combination therapy also known as HAART (highly active antiretroviral therapy) in 1997, Matthew’s own viral load quickly fell to ‘undetectable’. When his HIV specialist, Dr Darren Russell advised him that his undetectable viral load represented “zero risk” to others, Matthew’s sights were set on registering with the Victorian Amateur Football Association (VAFA).

VAFA disagreed and banned him based on his HIV status. This was despite 1992 Australian Federal legislation which made it illegal to discriminate against a person due to HIV or AIDS.

VEFA’s thinking at the time was, “We should be catering for the 10,000 uninfected players rather than the couple (with HIV) who want to play.”

Not one to accept this intolerance, Matthew challenged the ruling in the Victorian Civil and Administrative Tribunal (VCAT). This high-profile case took on the football establishment and risked the scorn and derision of his team mates as well as the football-mad public of Victoria.

This was a personally traumatic time for Matt, even with the support from his HIV specialists, members of the HIV sector and his wife Amanda. “It was overwhelming, confronting, and hurtful,” he says. “I felt bullied. The media was in a frenzy and every report was negative.”

Courageously along with Australian anti-discrimination laws, Matthew Hall not only successfully challenged the ruling in 1999 but changed the hearts and minds of many in the community. The case raised the standard of the ‘blood rule’ in Australian Rules Football and set a precedent for athletes living with HIV on the international stage. The ‘blood rule’ in sport, is if a player is bleeding, or who has blood on them or their clothes, must immediately leave the field to receive medical attention.

Matt also engaged strategically with public media outlets to offer education, during which he declined to sit behind a screen to hide his identity. He openly offered a face of a healthy, average Australian man living with HIV on A Current Affair and The Footie Show.

“I know the power of standing up against ignorance and discrimination,” said Matt. “When I’ve called it out for what it is, I’ve seen barriers come down.”

Even the solicitor for the Collingwood Football Club and former member of the VAFA conceded that after looking at the medical evidence and provided the ‘blood rule’ was followed, he had changed his initial response about players living with HIV being on the football field.

After the uncomfortable lessons of battling HIV stigma and discrimination head on, he put them to good use in the next chapter of his life. Inspired by Ian Roberts’ example as an openly gay rugby player in 1997, Matt followed in those footsteps in 2002 as the first openly gay Australian Rules Footballer player. This time his focus was on battling homophobia in sport and the need for gay masculine role models in sport.

“Sport is part of Australian culture,” says Matt. “By coming out and putting a human face to what it’s like to be a gay man in today’s sporting culture, I showed we’re ordinary blokes having a go playing the game we love, like anyone else does.”

“While there’s been some spectacular medical advances over the years for HIV,” Matt says, “negative social attitudes and stigma still comes up.”

“Physically, we’ve come a long way. These days living with HIV is easier than living with diabetes or heart disease. It’s a pill a day for most of us,” said Matt.

“My battles against stigma and discrimination have been hard, but also very powerful for me personally. I’ve had some very sweet successes and met amazing people through it all. I love that I’ve been able to create the change I have in my time.”

Today Matthew works as a Lifeline counsellor and as a speaker living with HIV for the Queensland Positive Speakers Bureau.

This article acknowledges contributions from ‘Anyone for football?’ by Douglas Barry in Talkabout June 1999 and ‘Positive and Proud’ by Jess Jones in the Star Observer December 2017.