Being Transgender and HIV Divergence 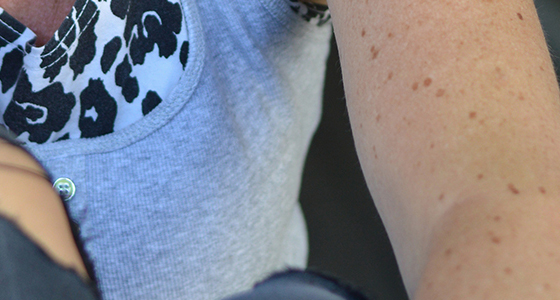 In April 2008, my Thai transgendered partner and I were both diagnosed with AIDS in Thailand a day apart, skipping HIV completely. While I lay dying in a Bangkok hospital with AIDS related PCP pneumonia in July, she died in her family home in Wanon Niwat without me on August 17 that year. My weight had dropped to 48kgs and my CD4 count was 23. She died, I lived, that’s how it went.

Over the following two years my life was a revolving door of strange illnesses, rashes and hospital visits, including two bouts of deep vein thrombosis. The cheap anti-retroviral drugs I was taking damaged my body as much as the virus.

After more than 10 years in Thailand, I decided to go back to Australia, which by then was an alien country to me. As a coming home present, the government gave me a $20,000 fine, and on top of that transgender-me could not find work or housing. Rejected by my family, I spent a cold Melbourne winter living in disused railway carriages in Newport and was bashed, robbed and sexually assaulted twice. I got a break in 2013 when I moved to Sydney.

That’s where I’m coming from sharing my personal observations and views on why transgender women are statistically over represented in the HIV data. While I don’t have the answers, I can give plenty of reasons why this may be the case from this Australian transgender woman’s perspective.

Fact: Transgender women are statistically way over-represented in the HIV data. [1] Why is this the case? Overall, HIV transmission rates amongst ‘at risk’ groups have been in decline for a number of years, yet for transgender women we’re going for gold as far as contracting HIV. Again, why? For races, countries and cultures outside the sphere of white western privilege, the HIV figures for transgender women just get worse and worse.

I would love to be able to give you some reliable statistics for HIV rates among Australian transgender women, but there are none. We exist only, if at all, as a subset-category under ‘gay’ or ‘bisexual’ men. See the problem here?

The issue is not around testing, diagnosis or safe sex practices per se. I’m suggesting in the case of transgender women, it’s the ever narrowing life options we have to develop meaningful lives for ourselves. Poverty, stigma, drug use, lack of family and social support, homelessness, discrimination are all factors that impact on our identity and self-acceptance. I felt I had little choice than to do sex work to survive financially.

Let me count the times men have hit on me. Are they interested in how many degrees I have? What my career has been? Hobbies, likes etc., etc. The answer, no, no and no. The only thing going on in their heads, is what is or not between my legs and how they can get it. These men, the ‘chasers’ who objectify us, are the ones creeping in the shadows. I for one, choose to live in the light.

For anyone who is HIV+, disclosure to anyone remains an unnamed form of anxiety. To disclose or not to disclose; that is the question. Here is my take; for several years I carried the guilt of being responsible for the AIDS related death of my one true love, while I somehow survived AIDS. Though neither my partner nor her family ever held me responsible, the survivor guilt was in itself self-destructive. In an epiphany one day, I decided that being HIV+ was but a small part of whom I am as a person and if someone chooses not to accept me being HIV+, too bad, their loss.

God forbid, should I ever be fortunate enough to find myself attracted to someone enough to want to jump into bed with them, I would disclose. No one likes rejection. The first time I did disclose my HIV status was like walking on eggshells. I broached it with an attitude of being informed and of the implications of having sex with me. How many times have I ever been rejected in an intimate situation? Zero, zip, nada… Caveat: my family view my HIV status as akin to having Ebola and I have been rejected by them ever since I disclosed my status. If you happen to be transgender, this is a familiar story. Being ostracised from family seems to be the rule, rather than the exception.

Given the accumulative social stigma transgender women have to live with, no wonder HIV rates amongst transgender women are so high, which also brings with it a plethora of life negating activities and associations depending on how deep down the rabbit hole you go. I am highly educated and I still have to put up with this shit constantly. Treating me with less than the respect I or anyone else deserves, only brings out the rude fucking bitch in me. After all, if you can’t respect yourself, how can you expect others to respect you?

To paraphrase an oft used quote: ‘If you tell/treat someone continually in a particular way they will eventually become that person’. Regardless of the anti-discrimination laws, transgender women are still discriminated against in employment, access to housing, medical services and in relationships. In a post-diagnosis situation, the focus turns to health management and taking medication. Going from just having a roof over your head, paying your bills and enough to eat, to survival. Most trans-women I have met have at one time had to fall back on sex work to survive. I would note here that for the most part, transgender sex workers are far more informed and responsible in their HIV testing than their clients.

As I said in the beginning, I don’t have the answers to fix these accumulative wrongs. As a transgender HIV+ woman I am uniquely positioned as one who has lived with these wrongs to say, something has got to change. In closing, I encourage my sisters to embrace your uniqueness, more akin to the goddess we are. For all the difficulties and obstacles I have faced during my transition, I would not choose to be anyone but the person I am today. Being transgender, I have transcended gender, sexuality and convention.