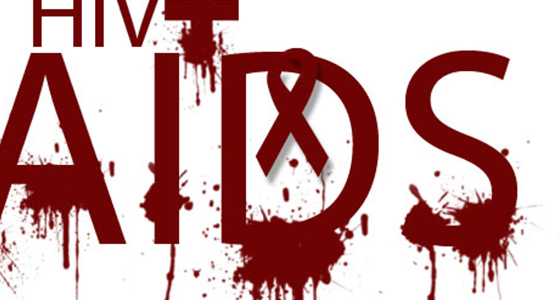 The truth be told, there are still people dying of AIDS in NSW and Australia. I know this is a shocking truth, but my concern is the continued silence and lack of visibility about this sobering fact in our community and more broadly, our society.

In 2016, the World Health Organisation reported Global Health Observatory data that 1 million people died of HIV-related illnesses. For people diagnosed with advanced HIV disease, there’s a chance they’ll receive an AIDS diagnosis. We have absolute clarity about what is like for people receiving an AIDS diagnosis or a diagnosis of advanced HIV disease. Their family and friends and the clinical staff involved in their treatment and care know this is shocking and difficult, scary and saddening this is for everyone involved.

As a negative side effect of improved treatments, the prevailing assumption is that a HIV diagnosis is easily managed by commencing treatments, achieving viral suppression and there is nothing else to worry about. This is true in most instances and for most people receiving a diagnosis. On the 12 July 2016, in the lead up to the International AIDS Society conference in Durban South Africa, AFAO led the charge in their media statement ‘AIDS is no longer a public health problem in Australia’. This may be seen as plausible from a population health perspective. However, people in NSW receiving a diagnosis of AIDS and advanced HIV disease with a CD4 count 200 and below, continues to be a reality.

In response to AIDS invisibility, I wrote to our Federal Health Minister, Greg Hunt MP about the lack of visibility and data nationally regarding AIDS deaths in Australia following a World Hepatitis Day speech on July 28 at ACON in Sydney. In the letter I asked for improved data collection and surveillance so we could monitor how many AIDS deaths are occurring in our community. More specifically, I asked that quality measures be introduced as a part of the national surveillance program. These measures were: transmitted drug resistance through phylogenetics, aligned with the antiretroviral prescribing guidelines; the reasons for hospitalisation of people living with HIV; the causes of people living with HIV deaths; and quality of life, including stigma, as patient reported measures. I am yet to hear back from Minister Hunt’s office.

Therefore, the question arises, how do we reach and engage with people who are considered to be ‘late presenters’ so we can reduce the risk of an AIDS diagnosis or death in Australia? And, what do we know about people living with undiagnosed HIV? Late diagnosis is understood as: a CD4 count less than 350 or an AIDS defining illness or death due to AIDS within three months of diagnosis, in the absence of a laboratory confirmed negative HIV test in the 12 months prior to diagnosis.

Advanced HIV disease is defined as a CD4 count less than 200 or an AIDS defining illness. When reviewing the annual NSW HIV data report, between 2010 and 2016 the total number of people classified as having advanced HIV disease (the old definition of AIDS) was 391 or on average 56 people per year. This means there is significant number of people at risk of AIDS death, who will struggle to rebuild their immune systems and be at risk of a variety of serious associated diseases and health conditions. That this continues to happen in 2017, with all the advances in prevention, testing and treatment, is truly shocking, unacceptable and heart breaking.

Through a review of the information we have in NSW, we discover that people are typically over 50 years old, born overseas and diagnosed in a hospital. There are women and men, gay and straight people within this population. There has previously been an assumption that people diagnosed with advanced HIV disease and considered to be late presenters, had no engagement with the health system or community messaging about HIV prevention, testing and treatment. This is not true. There are regular and numerous examples of women attending GP clinics with symptoms, and the question ‘could it be HIV?’, just wasn’t asked. Alternately, gay men who are community involved and regularly attending health services, disengaging with or deflecting their need for a HIV test.

So, why are people continuing to die from AIDS in NSW? If this is an informed decision not to know based on individual agency, I have to respect the person’s choice not to test and not to know their HIV status. However, if people are not being tested or don’t know they’re living with HIV as a result of fear, misinformation or due to barriers within the health system, I feel we have an obligation to support undiagnosed people living with HIV. Together, I believe we can break through the fear and reduce the number of people each year diagnosed as a late presenter, with advanced HIV disease or dying from AIDS.

As a part of the Queer Film Festival, I went to see Tom of Finland in the city. I had stupidly assumed the movie was going to be a wild gay romp about an iconic elder within our community. I had a sinking feeling of doom and dread as the AIDS era in our collective history was woven into the story toward the end of the movie. Broken hearted, with tears streaming down my face, I found it difficult to breathe. I managed to hold it together to get out of the movie and my friend Kim held me as I sobbed outside Event Cinemas on George Street.

My tears were not only about the movie, but following a conversation that very day with another friend about yet another man diagnosed with advanced HIV disease and AIDS and a CD4 count of 16. He died of AIDS within two days of the diagnosis. The death of this man is not an isolated incident in NSW. After working in the health and community sectors since the early 90s and the HIV sector for more than a decade, I hear stories of HIV and AIDS deaths with regularity and frequency. Some are friends, others are not. Whether I personally know these people is irrelevant, these are our people and we must stop AIDS deaths in this country.

Slogans, like ‘Ending HIV’, ‘HIV doesn’t discriminate, do you?’, ‘Know Your Status’, ‘Could it be HIV’ are failing to break through the fear and reach our people, the very ones we need to be engaging with and supporting through fearful and difficult times. We need to break through the fear of receiving a HIV diagnosis and stop the silence about AIDS deaths in contemporary Australia.