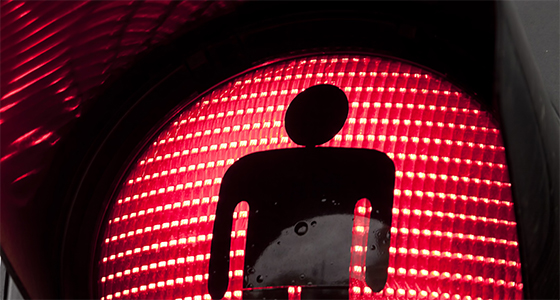 Blaming rejection on your sero-status or HIV stigma is pointless and disempowering. When you get ‘no thanks’, it’s possible that you just simply didn’t make the cut regardless of living with HIV or not.

For time to time, I’ve witnessed HIV-positive gay men blaming HIV stigma for everything from not being able to get a root, to not being able to form a relationship, to losing a job, and for problems of poverty and drug use. The latest episode in this blame game occurred at a Christmas gathering* for people living with HIV when one of the assembled throng decided to recount his most recent online sexual rejection. Apparently, it was all going fabulously well until he told the guy he was HIV+ and the prospective root gave him the flick and disappeared into cyber space.

He was outraged – I was skeptical. The fellow was about 50 – short and plump, not exactly ugly, but ordinary and unremarkable in just about every way. He complained in a whiny indignant way about how – yet again – he had been discriminated against and how it was all because of HIV stigma. I quietly mused that the rejection was probably more to do with his unfortunate plainness, rather than his sero-status. Everyone in the group however, nodded in sage-like agreement to his story and although I desperately wanted to prick the bubble of self delusion, I decided to remain silent, and the tale went unchallenged.

The incident stayed with me however, and it started me thinking about why HIV stigma continues to be around in 2016, and whether its continued existence is actually due to notions of privilege and an inability of gay men living with HIV to let go of stigma – rather than to attitudes and the behaviour of HIV-negative gay men. I get why stigma is historically significant!

Until 1996, HIV was a potential death sentence, and as such a fatal disease, usually generates fear and a real need for self-preservation and distance. But, this is 2016 and not the 1980s or early 1990s. HIV is treatable! It’s a chronic manageable disease and a vast majority of people in NSW suppress HIV to the point where they live healthy lives and become more or less un-infectious to others. Nine in ten people living with HIV in NSW are on treatment and the overwhelming majority of them have an undetectable viral load (UVL). We’re no threat to anyone, so what’s perpetuating HIV stigma in 2016 and why are HIV-positive gay men so quick to blame HIV stigma for their personal woes?

Is it because stigma has become an unchallengable and convenient repository to park many of those nasty issues which HIV-positive gay men feel unwilling or unable to acknowledge, accept and change? The perennial problems of ageing, lack of beauty, lack of desirability, lack of social skills and status – to name a few – are conveniently side-stepped as the root cause for a less than ideal and pristine existence. Rather than acknowledge our deficits, and put work into improving our lives, we settle for the status quo and instead, blame our shortcomings on HIV stigma and the discriminatory attitudes of HIV-negative gay men toward us. I think that this behavioural tendency may be a very convenient way of avoiding our abject ordinariness, personal responsibility and an unpleasant reality.

Let’s face it: HIV has helped many gay men living with HIV to find a connection and a tribe. Through that connection we have found an identity and through that identity, safety, acceptance and status. However, it has also elevated us from the mundane and fostered notions of privilege and exclusiveness – some becoming more special than they truly deserve to be. Wrought by the strange and testing experiences of the early HIV epidemic, some now occupy – by virtue of being the last of their tribe left standing – an unexpected and sometimes unwanted place of leadership. Others (more recently diagnosed and hungry for influence) have embraced a quasi-identity around HIV with the expectation that it will provide them with a fast-track route to status, authority and leadership. In any case, challenges to the opinions, privileged status and dutiful respect accorded these self-entitled individuals, is understandably resisted and perceptions of entitlement are duly maintained.

The way HIV is treated by NSW statutes and support services also cultivates perceptions of specialness and exclusivity. NSW has laws to protect people from discriminating on the basis of HIV status, and there are public health laws and strict codes of conduct for health professionals to protect the privacy of people with HIV from disclosure without consent. It is not frequently acknowledged that people living with HIV enjoy many substantial privileges that are not routinely enjoyed by their HIV-negative counterparts. These benefits include: prioritised access to the public health system; to free or heavily subsidised government and non-government support services; to Centrelink pensions, and priority public housing, and financial support services. It is unsurprising then that these factors have fostered perceptions of privilege, specialness and entitlement.

Heterosexuals living with HIV on the other hand have a much more difficult time with HIV stigma. Not necessarily stigma directly associated with HIV, but more in relation to its means of transmission and the general population’s irrational phobia around anal sex, homosexuality, intravenous drug use and notions of unbridled pleasure seeking. Associations with activities that are perceived to be unacceptable and distasteful by the general populous lead many HIV positive heterosexual men and women to live lives of self-imposed exile and solitude, fearing that if they disclose their status they will be ostracised and estranged from society. Unlike gay men living with HIV, there are far fewer support networks for HIV-positive heterosexuals due to their smaller numbers.

So, I put it to you, notwithstanding advances in the clinical management of HIV and our increasing understand of treatment as prevention, a minority of HIV-negative gay men will discriminate against people living with HIV; because they can, because they are ignorant, prejudiced, and or stupid. That being the case, why would you want to associate with them, much less fuck them?

Challenge their stupidity and move on to someone more deserving of your time and favours. However, if the hot dude you’ve got your eye on turns you down, it’s likely that you just didn’t make the cut. You can however, accept the rejection as a part of life and personal taste, and reflect on the reality that decisions in 2016 probably have more to do with personal preference than with sero-status!

After all, HIV-negative gay men get rejected every day of the week – even by poz guys – because they are unattractive, or old, or have small dicks, or are just boring. Blaming rejection on your sero-status and stigma is self-delusional, dishonest and disempowering and although you might think you’re pretty special, you’re probably not!

Thankfully, we all have the potential to stop blaming others for our inadequacies and to face our reality with dispassion and honesty. The next time you happen to be on the receiving end of ‘no thanks’, remember that ‘hot’ trumps ‘sero-status’ every time, and dwelling on rejection and blaming it on HIV stigma is a pointless and self-defeating exercise. I encourage you to stop buying into outdated notions of HIV exceptionalism and stigma and move on with some grace and acceptance.

*Scapegoat, noun. A goat on which, once a year, the Jewish high-priest laid symbolically the sins of the people, and which was then allowed to escape into the wilderness (Levit. XVI): one who is made to bear the mis-deeds of another. (Chambers’s Twentieth Century Dictionary, 1962)

* not a Positive Life event or group.

I’ve received feedback and noticed the article has generated community discussion about HIV stigma. I believe it is important to explore factors related to HIV stigma, in particular ‘HIV exceptionalism’ and inadvertently how a minority of people living with HIV possibly contribute to HIV stigma.

Concerning the anecdote used, about the guy who claimed he’d been discriminated against because of his HIV status, this was an example only. He, the location, event and timing were all fictional to illustrate remarks I’ve heard made by poz men in social circumstances who have blamed their HIV status for difficulties.

This doesn’t discount the fact there are some people living with HIV doing it tough and HIV stigma doesn’t make their lives any easier, in fact it compounds their difficulties and makes things much worse.