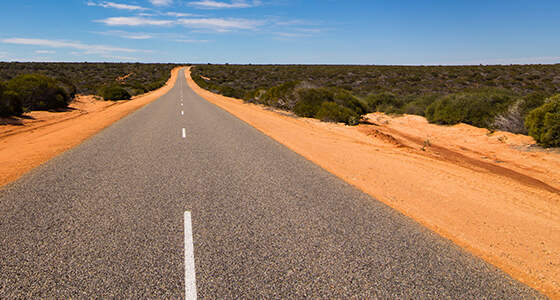 It is now over 30 years since the first cases of what was initially called GRID (Gay Related Immune Deficiency) were diagnosed here in Sydney, and the world has come a long way since then. In those days, learning that you had contracted the ‘AIDS virus’ meant getting a death sentence.

The magnitude of the epidemic as it unfolded meant that there was both pressure and incentives to find, if not a cure, then at least a way of holding the lethal impact of the virus at bay. The intervening three decades are a story of scientific endeavour and human resilience and courage, as knowledge expanded and treatments were developed and refined.

Treatments have their own ‘Grim Reaper’ history. In the early days of the epidemic, as doctors and scientists thrashed around to find out what they were dealing with and how to treat it, drug companies created and tested new possible responses. Some of the early drugs that were developed to combat the infection often had disastrous side effects; they were quite toxic – a poisoned chalice. They might have fought the infection, but for many there was a fair chance that they could also do you damage.  AZT, for example, while a significant step in the development of treatments, was, with hindsight, initially often prescribed in doses which were far too high, and therefore harmful. This was never going to be a solution. As a treatment on its own it meant the virus developed resistance to the AZT and progressed.

Over the years, new treatments were generated, and in 1996, combinations of drugs were used including new drugs called protease inhibitors. The protease moment had arrived. This therapy meant people no longer died of AIDS, but learned to live with HIV. By using more than one drug at a time, combination therapy was able to ‘pin down’ HIV from more than one angle, suppressing viral replication.

And this process continues. New drugs are constantly coming out: they are far more potent and sophisticated in what they can do. We now have available different combination therapies (often in the form of several compounds in the one tablet); new medications have less toxicity and fewer side-effects; and having fewer tablets to take has made compliance less of an obstacle, and giving us greater control of our health.

There were also changes in ideas about how to treat the infection. New theories were constantly being tested about how best to administer the drug regimes. One important early debate was about the ‘right’ time to start: Should one start at diagnosis, or should wait until CD4s declined to a certain level? So ‘Hit Hard, Hit Early’ – initiating radical therapy as soon as HIV was diagnosed – was an approach that was tried, but it carried a significant toxicity and side-effect burden in the early days. Another theory was to have a ‘treatments holiday’, ie., to take a break from one’s medications once the viral load was undetectable and the CD4s were at a respectable level. But that was soon abandoned, when it was found that the viral load jumped up again, and the previously used drugs were no longer effective, because the virus had developed a resistance to them.

Initially it was thought that combination therapy might eradicate the virus entirely, but this proved to be a mirage, and so new approaches are being developed all the time.

One of these approaches has been the use of TasP (Treatment as Prevention) or medication to prevent the transmission of HIV. PEP (post-exposure prophylaxis) is the use of antiretrovirals by HIV-negative people immediately after unprotected sex, to safeguard themselves from contracting HIV. More recently there has been PrEP (pre-exposure prophylaxis) the use of antiretrovirals by HIV negative people before unprotected sex, also to safeguard themselves from contracting HIV and decrease the risk of HIV transmission. But there are important questions here. Under what conditions should the antiretrovirals be administered; which approach is more effective, more affordable and more cost effective and where does the balance lie? The latest approaches to HIV research – such as the potential for stopping viral progression entirely, rather than just slowing viral replication – may offer new avenues for ongoing health maintenance.

It has been a long progress from “no therapy” to “monotherapy” to “combination therapy”, and many of those affected in those early days are still with us today, mainly because of the new treatments – both in drugs and approaches..

We should always remember that we are not alone. Not everyone is as fortunate as we are here in Australia, with access to subsidised drugs and with far less social stigma than in many other countries. Currently, there are an estimated 37 million people living with HIV worldwide, of whom just over 3 million are children. For some people living in the developing world, it can still be a challenge to get treatment and HIV can still end in death. For them, it still is, potentially a lethal virus.