A journey of risk and self-acceptance 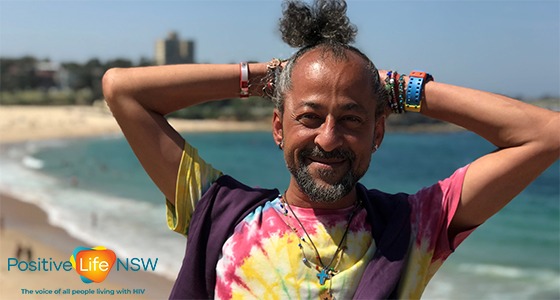 At the age of twelve, Yasser started on a long journey.This was a winding journey to authenticity and self-acceptance, full of challenges, risk and even danger. In the midst of the uncertainty, there were also moments of joy and happiness, coupled with success and new life.

As an Egyptian person from a Muslim family embedded in the Arab culture, Yasser faced an early struggle. With a dawning realisation he was gay, he turned to his faith.

“I was trying very hard to be a good Muslim. I was doing all the Islamic rituals, charity, fasting, praying every day and even the pilgrimage, Hajj. I was trying to be ok,” he said. “I really wanted to be accepted.”

After starting his studies in education, his university counsellor advised him his feelings were all ‘an illusion’ and marriage would solve his dilemma. After a number of arranged meetings, Yasser married at 27 years old. From the first night, he knew the marriage would not last. He began the divorce process.

While waiting for the papers to finalise, his new wife found out she was pregnant. This refocused Yasser to commit to the relationship, which “over 12 years brought three adorable and beloved sons into my life,” he said. “During these 12 years, I was on a long journey of understanding who I am, who God is and why I was created. I constantly asked myself, ‘what is the way to be loving myself and accepted by God.’ That journey took me so long.”

Soon he became involved with the United Nations Interfaith Dialogue Conferences, which provided him an opportunity to interact with people from other faiths and exposed him to different perspectives on life. “It was an open gate for me to study all the different religions,” he said. “Even though I was representing Islam in this work, I was constantly questioning my Muslim faith. It felt good to be able to step out of Islam to see if there was another way to understand God.”

As he began investigating different religions, the opportunity also meant he could explore his sexuality at his own pace. He searched “through the Baha’i faith, then Hinduism, Buddhism, Sikhism and finally Christianity.” After his Christian baptism, he said “I felt unconditional love. I have a relationship with God, and now I can tell everyone everything.”

Sometime during 2014, Yasser experienced the classic symptoms of a seroconversion illness. “I was feeling seriously ill. Sweating, dizziness, coughing.” Looking back, he reflects, “I know now, these are some symptoms of HIV. At that time, I didn’t know anything about HIV or AIDS. We are not educated about HIV in Egypt and I knew no-one with any awareness about it at that time.”

When his brother admitted him to hospital, he was close to death. He says, “The doctor diagnosed me with AIDS and told me, my sister and my brother together at the same moment. The only way to survive was to start medication.”

Around this time, Yasser had also taken steps to disclose to family members including his wife, about his diagnosis, his religion conversion to Christianity and his sexual orientation! “My mother eventually could handle knowing I am gay, but she couldn’t handle me becoming Christian!” His wife initially had a similar response. “My wife couldn’t stand the idea that I had come out as Christian. She said, ‘you’re not Muslim and you can’t be living with me.’ So now I had to live by myself.”

In time, her concerns changed from a religious focus to his orientation. “She even started worrying about the impact on my sons. I felt deeply rejected and deeply disrespected by everyone.”

This sense of alienation was compounded at the time by the deep stigma and isolation experienced by the Egyptian community living with HIV. As Yasser recalls,

“in all the time I was going to the Ministry of Health to get my medication, there would be around 40 people waiting in a queue, and I knew we were all HIV positive, but no-one talked to each other… Everyone was so closed up and scared in their struggle of accepting and understanding. The feeling of guilt was very strong. I even saw some people I knew, and we didn’t look into each other’s face or eyes. We just pretended like we didn’t know each other.”

In this climate of fear and intolerance, the police caught up with Yasser. “The police arrested me based on carrying Christian books, when I am carrying an ID that shows I am Muslim. As a Muslim-dominated country, it’s almost impossible to change this ID if you choose to follow another faith,” he explained. Technically adherents can’t be punished for being Christian; however, it was at least two weeks before Yasser was declared innocent.

During this time, Yasser experienced violence in prison and was also denied his life-saving HIV medications, which compromised his physical and mental health. His release brought him no peace.

“I felt deeply depressed and my mental health was so bad. I went to the church and the pastor said they couldn’t guarantee I was safe from being arrested again. After he said this, he helped me apply for my humanitarian visa.”

Yasser felt encouraged with the speed of this process and care that the Australian Embassy staff demonstrated towards him. As he explained, his application was based on his Christian faith from a Muslin background, yet “the counsellor in the Embassy in the interview asked me directly, ‘are you gay’. I answered, ‘where is this coming from?’ She said, ‘because this persecution is severe and it’s not only because you’re Christian’… This very aware and knowledgeable woman approved my visa, even though the Embassy knew I was living with HIV.”

On arrival in Australia, medical tests showed Yasser’s CD4 count was 16. “I was taken directly to hospital for two weeks and I started a new medication.” With a climbing CD4 and a new lease on life, Yasser found time to reflect on his experiences of loss.

As he said, “Till today, the fact I did not want to leave my dear sons is the main reason of my depression. To come to Australia, I faced a lot of loss. I faced jumping into the unknown. I didn’t know where I am going, where I will live, how I would find work or make money or educate myself.”

At the same time, Yasser still aimed to consciously focus on his new reality. “Very quickly I began to understand this is a huge chance and it’s the start of a new life.”

Yasser was particularly encouraged by Australia’s stance on anti-discrimination. He says,

“One of the interesting things I remember when I had an introduction session to the Australian culture, the instructor said ‘here the law is above culture and religion.’ That statement made me so happy and I thought, here I can belong.”

“Back in Egypt when I was diagnosed with AIDS, doctors were advising me from a judgemental religious standpoint. They said things like, ‘you must have done something terrible and God is punishing you, so you need to repent and take the medication.’ I found it was definitely different here in Australia.”

As Yasser looks back on his experiences, he says:

“My journey from that young Egyptian teenager, trying so hard to fit in and be accepted by the Muslim community and Arab culture to who I am today, a proud Christian gay man living with HIV. Studying a Diploma of Counselling and volunteering in many organisations in the HIV sector, I have been on a huge rollercoaster ride.”

“I’ve had a double journey, one out to the world and another inside myself. But finally, my life story is encouraging and inspiring many youngsters here in Australia and also in Egypt, through Facebook and social media.”

“Today I don’t feel I need to ‘fit in with anything’. I am myself, and I love myself. I am a unique person and my pain and sorrow can be directed to serve others.