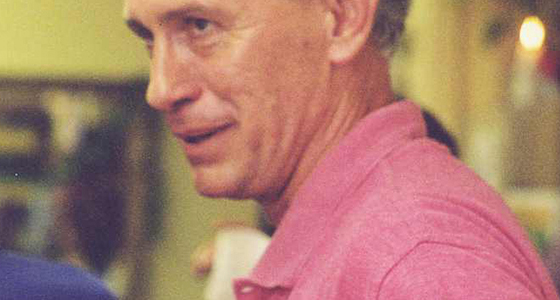 It was the worst of times: September 1988. It was when AIDS notifications had risen to 1,000; when 500 people had died; when the stigma of infection had spread its poison wide. In a society where good health and free speech are commonplace, the sick and the healthy alike had been cowed into silence by ignorance and fear.

It was a time when the Sydney Morning Herald reported a growing condition in the community called “AFRAIDS”. The example given was of a man, suspected of being gay, who had travelled between Sydney and Melbourne by train. Not only was the carriage later fumigated, but all the furniture in it was burnt.

It was a time when the great questions of life and death confronted many unprepared and unwilling to confront them. The front page of the Sydney Star Observer of 16 September carried an urgent plea for people to have early HIV testing. But, on page six there was a brief announcement of a meeting to be held at the Trade Union Club in Surry Hills on September 28. People living with AIDS (PLWA) were invited to attend.

For it is in such times that the courageous and the committed come forward. It was at that meeting that PLWH/A (NSW) (then PLWA) was formed and Talkabout had its origins. Exactly ten years after that meeting, six of those people spoke to me about those times.

“It was very scary” recalls Irwin Diefenthaler, who was employed at Albion Street as the Hotline Education Officer.

“For positive people, there was a great unknown, a great black area in front of you. Most people were very panicky at first; most people, the first thing they did was plan their own funeral. Some people decided to suicide.”

In 1988, Bill Whittaker was the first Executive Director of ACON. He speaks of a time of great uncertainty.

“There were people dying then. We didn’t have the knowledge that we do now. We didn’t understand that these people may have been infected ten years previously. There was great concern that not only was the gay community going to be decimated by HIV, but that it would break out into the wider community. It was a time of incredible urgency.”

In Canberra, Andrew Kirk was the private secretary to Senator Chris Puplick. He recalls the politicians’ bi-partisan approach.

“The first National HIV/AIDS Strategy was being developed, but it was not launched until August 1989. It was clear the government’s top priority was to ensure that HIV transmission did not break into either the heterosexual community or the intravenous drug-using community.”

A seventh voice can be heard from those times. Robert Ariss died in 1994. In his book, Against Death: The Practice of Living with AIDS, Robert records events at the Third National AIDS Conference in Hobart in August 1988:

“The catalytic event for Australians with HIV/AIDS was a visit by [American activist] Michael Callen … He advocated that people with HIV and AIDS come out about their status, speak openly about their experiences and challenge the stigmatised stereotype of the AIDS ‘victim’.”

Andrew Little was there:

“It was at the final session that people living with and affected by HIV were asked to come up on stage. That was a very dramatic moment. It was the first time that a lot of people who were HIV positive, publicly got up and walked forward.”

“It was so emotional,” Bill Whittaker relates. Positive people got up on a stage and self-identified. And I remember I did that myself… Then, it was like a series of events – Callen, the need to mobilise, the National People with AIDS Coalition being set up, and then, PLWA.”

All this was done in a month. And somehow, despite this frantic, passionate activity, these people got it right – what they achieved is still with us. It worked. I can’t help thinking that, such were the grave issues of life and death falling for decision, and such were the competing interests needing to be balanced, if they didn’t have high ethical standards already, they must have soon got them.

Over 60 people attended that first meeting at the Trade Union Club. David Urquhart was someone whose life was sorely affected by the virus, but was not HIV positive.

“Like all political meetings,” David told me, “it was exciting. The issues may have been uncertain, but there was no uncertainty about the correctness of what we were doing, which was to form some kind of organisation where we could have more influence over what was happening.”

Andrew Little’s memory is of “a whole lot of us sitting around, seemingly endless arguments about forming the constitution, and who the organisation would be for, whether it would be for people with AIDS and HIV or people affected by HIV.”

Paul Young and Irwin Diefenthaler were elected Interim Convenors, until the first Annual General Meeting of the new organisation could be held in March 1989. At that AGM, the first committee was elected, with Robert Ariss the Convenor of what was initially known as “PLWA (NSW).”

Hesitant steps were taken towards clarifying the goals of this new body. Irwin Diefenthaler felt “it had to be advocacy for all people in the HIV area – to protect the rights of the individual, whether they were drug users, women, gay people. That was the underlying issue.” Robert Ariss writes, “This early vision of coalition included every conceivable individual that had any involvement with AIDS at all.”

Levinia Crooks was one of those working on the first National AIDS Strategy and she worked to secure funding for the new body. She was also president of ACON. Levinia saw PLWA as representing those who

“wanted to be able to comment on the work of ACON, as consumers of health services, as people with HIV/AIDS. There needed to be a voice critical of what ACON was doing, to push in different directions. And positive people were saying, ‘we want to be able to meet together and talk together and support each other as people with a shared experience.’”

Bill Whittaker, who helped prepare the constitution adopted by the new body, felt it should be a

“balance to ACON and the other service providers. We wanted this to be about advocacy, making sure we had an organisation to make the services delivered by those groups, and indeed by the government, the best possible. We wanted an organisation of positive people where people would feel safe, where they would feel supported, where they could come and have complaints dealt with. There was even a social aspect of it as well.”

What is now remarkable is that these people, many under threat from a potentially fatal condition, about which precious little was known, and in an atmosphere of community hysteria, had such clarity of vision as to formulate these goals. They are still goals of PLWH/A. Again, they got it right.

Moreover, there were other goals. For Levinia Crooks, “it was vital, it was essential that there be education for people who were positive.” If you went to the mainstream press at the time, you would have found articles such as one in the Sydney Morning Herald in October 1988, headlined ‘The New Black Death’.

Andrew Little says, “We came up with the need to talk with each other, to talk about being HIV positive, to share each other’s ideas.”

And so it was that Talkabout came into being. David Urquhart recalls, “it was decided that we needed a fairly easy way to communicate with members of the organisation; and to have a vehicle where we could express our views.” With Paul Young, Robert Ariss and Kathy Triffit, David put together the first issue of Talkabout and for him, cut and paste meant scissors and glue.

It was laboriously compiled and copied in the basement of the ACON premises in Sophia Street, Surry Hills. Levinia Crooks, of course, had the keys. She remembered that the first ‘print run’ filled a small cardboard box.

In December 1988, Volume 1, Issue 1, of Talkabout was mailed out, again courtesy of ACON, to those on a small mailing list. There are two versions of the first issue. One front page has a photo of part of the crowd in Martin Place on World AIDS Day; the other has a photo of the Quilt at the same place. In each, hundreds of people are clearly visible and proudly so.

Irwin Diefenthaler comments: “What we were mostly dealing with, was the camaraderie amongst ourselves of sticking together, and being proud and being forward so that people could see, if you were HIV positive, that there was no need to jump off the roof.”

Included in a message of welcome on the front page is this statement: “The aim of the newsletter is to provide a voice for the people most often unheard in the AIDS crisis – the people infected and affected by HIV.”

Inside the front page, where it still appears today, is the Convenor’s Report. Paul Young and Irwin Diefenthaler, the Interim Convenors, summarise the activities of various national AIDS bodies. The aims of the new organisation included the provision of information about support and treatments and of an outlet for relating HIV experiences; to satisfy a need for education of the wider community about HIV infection. They encourage readers to join a number of working groups, such as treatments and alternative therapy. It all sounds so familiar.

There is a full page advertisement for the Living Well 2 Conference to be held in Sydney in February 1989. Terry Giblett promotes it as “a forum for discussion for as many people infected and affected by HIV as possible.” World AIDS Day and the Quilt Project are also featured. The vision of the founders of PLWA can be seen as becoming a reality.

Then there are three pages by ‘Peter’ about AZT and his experiences with that drug. After describing all the transfusions and dosage experimentation over 18 months he says,

“I have enjoyed the extra time that AZT has brought me very much… I am now classified as a long term survivor (three or more years). That is really excellent for full AIDS with a lymphoma…”

Enjoying the benefits of combination therapy as I do, I grieve to read Peter’s words.

There are pieces about massage, ozone therapy, Dextran Sulphate, AL721, all offering some limited hope. Extensive information about housing is provided. And finally, there are forms to apply for membership of PLWA and to sign up as volunteers.

The motto on every cover of Talkabout – “Where We Speak for Ourselves” first appeared in December 1989. But they did that from the first issue.

Milestones are important. The tenth anniversary of PLWH/A (NSW) and Talkabout gives us the chance to celebrate, to mourn and to reflect on achievements. In 1985, I was diagnosed HIV positive. Involved in my profession, the last thing I wanted to do was to stick my head up. Preparing this article, I realised I had no independent recollection of the events I have recounted. But some few people did stick their heads up and they did it on my behalf. My debt to them is immense.

Of the first three convenors of PLWA, only Irwin Diefenthaler survives and so his voice is the last:

“The outstanding memory that I have about the commencement of PLWA, which I would like to have recorded, is the memory of a lot of good people. Because to my knowledge, most of them have passed on, I would like their memory respected.”

A reflective piece on Talkabout written in 2003 by Douglas Barry.